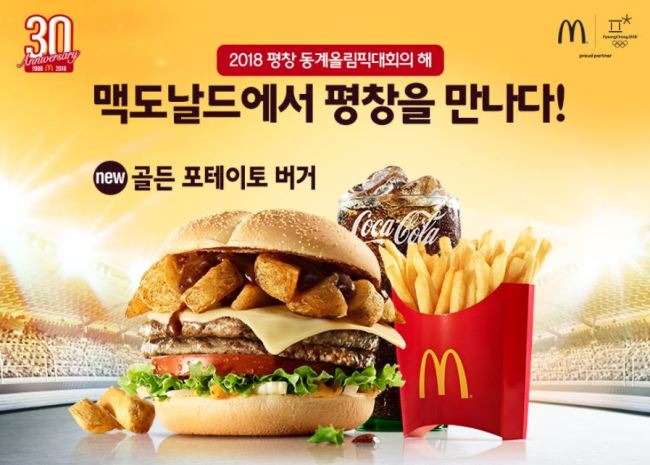 All three items include potatoes to reflect a taste “reminiscent of nature in PyeongChang,” said McDonald’s Korea. 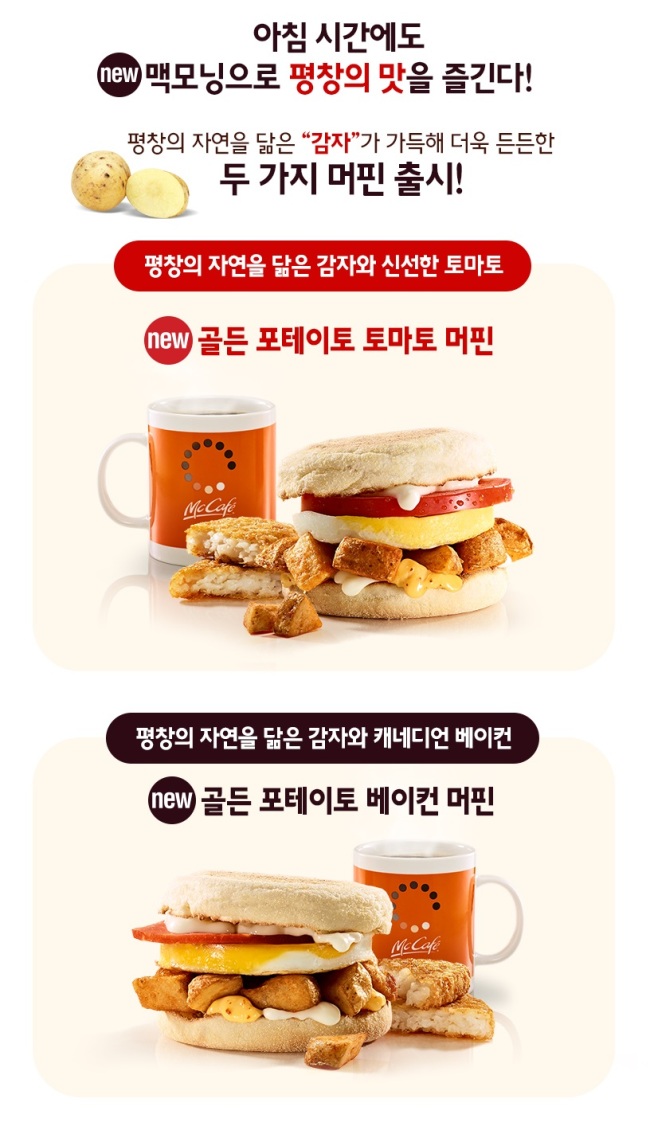 “The newly launched items will be sold until Feb. 25 when the Olympic Games are to end. They will be added to our regular menu if they sell well,” said an official from McDonald’s Korea.