Robo advisers were invented in the early 2000s in the United States to achieve convenience in making extra returns by harvesting tax losses and rebalancing portfolios for investors.

But bringing such convenience to retail investors in South Korea through the automated process was more painstakingly long, according to Jenna Lee, founder and chief executive of robo adviser operator Aim, in an interview with The Korea Herald.

“Back in 2015, I had thought things would go smoothly and quickly as planned,” said the 38-year-old, recalling when she believed an algorithm prototype ready for business could launch in Korea in no time. 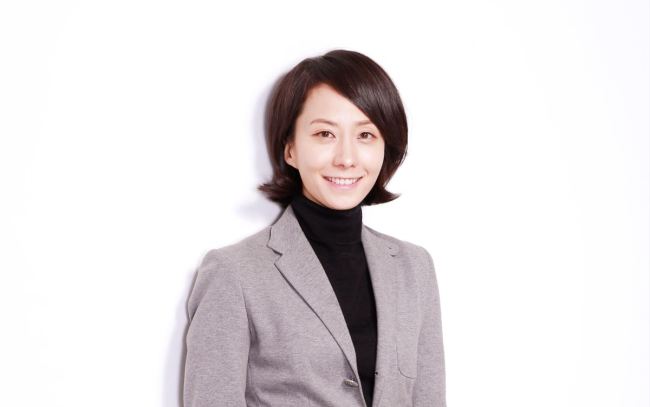 Jenna Lee, founder & CEO of Aim. (Aim)
But she soon faced regulative hurdles as well as a languid response from brokerages, as the service lacked premium value despite the efficiency.

And her career -- quantitative analyst in Citigroup Asset Management, assistant vice president in Acadian Asset Management and consultant in Boston Consulting Group -- helped little in dealing with such roadblocks.

“I had to build a business network here from scratch,” she said.

Lee’s efforts eventually paid off, and Aim -- short of Automated Investment Management --began the service named Esther in the domestic market in December 2017, available since Dec. 1 for Android phones and Jan. 5 for iOS phones.

As of Jan. 29 this year, Aim has managed a combined 3 billion won ($2.8 million) from 270 investors. A majority of them invested less than 50 million won per person.

Lee explained that the portfolio investing in stocks, bonds and ETFs, is designed to be more tax-optimized, in part by turning to foreign assets like US stocks, US municipal bonds or US treasury inflation protected securities. Aim takes advantage of Korea’s policy to have capital gains tax exempted for up to 2.5 million won of net capital gains, she added.

How Esther -- the brainchild of Lee -- works reflects Lee’s analyses on the cycle of economic activities as well as Korean investors’ behavioral bias based on statistics.

An individual, for one, can invest in an automated portfolio with his or her behavioral bias automatically adjusted, by answering a few questions in a brief survey presented by Aim.

Questionnaires include a customer’s age, employment status, annual income, experience in investment, period of investment, volume of asset, as well as risk appetite and risk tolerance.

Following the result of the survey, Esther determines the risk of the investment portfolio in the making.

For example, an individual with zero experience in financial investments will have his or her risk appetite adjusted lower.

Lee observed that those new to investment in Korea tend to have a high risk appetite with low risk tolerance.

“Imagine a child asking for candy,” she said, adding Esther plays the role of an adult that prevents a kid from being indulged.

On the other hand, the robo adviser’s high risk-tolerance can also adjust behavioral bias, while at the same time the algorithm minimizes the loss through rebalancing portfolios. Lee said investors are more likely to be panicked by a sudden price drop.

“Ordinary retail investors lose patience when they face short-term volatility of a stock price, so they easily fall into the trap of sell-offs at the wrong time,” she said.

(Aim)
Despite such dexterity in service, Aim’s entry into the Korean market came later than she had intended.

Financial authorities had greenlighted the service until October 2015, and therefore Aim had been preparing to launch a beta service. However, they abruptly outlawed the launch of the beta service, citing authoritative interpretation of laws.

The service was finally granted a license in October 2016.

Another hurdle was securities firms’ indifference. When Lee reached out to numerous brokerages here from 2015 to request them to provide accounts for users, many brokerages gave her the cold shoulder.

“We couldn’t align incentives (with the brokerages),” she said. “Aim is not a premium service, and local securities firms were unwilling to partner with us.”

A partnership with Korea Investment & Securities, a local brokerage, was vital in starting a beta service with 0.5 percent of commission fee -- Aim’s only source of income.