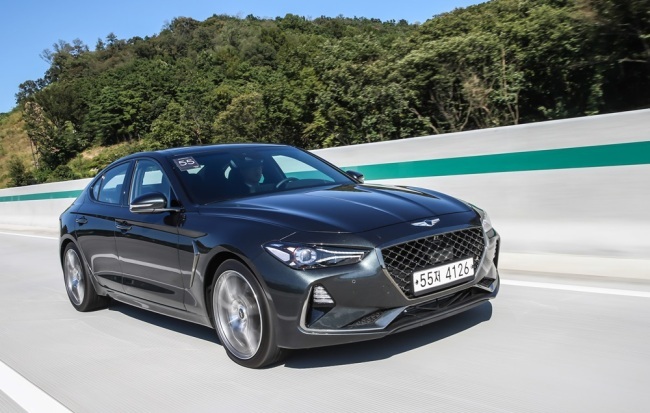 The G70 scored 6.72 out of 7 points, the highest score, beating five other finalists in the test. The sedan received high scores for its design, driving performance and cost value.

Meanwhile, BMW’s New 5 Series was named the best foreign car here, with a score of 5.96 points. The German carmaker’s luxury sedan received high scores for its performance, brand value and trust in the car manufacturer. The Volvo XC60 was also named the best SUV of the year, while Kia’s Stinger won the best design category and BMW’s New M4 was named the best car in the performance category. GM Korea’s Chevrolet Bolt EV was picked as the best green car.

KAJA has 48 media outlets here as its members. It will hold the awards ceremony at Seoul Marina in Yeouido, Seoul, on Wednesday.