At an investors relations meeting held in Yeouido on Friday, Posco Daewoo CEO Kim Young-sang unveiled plans for structural changes in existing businesses and ways to create new values for the company.

“We need some structural changes in accordance with changing external conditions for sustainable growth,” Kim said. “We will seek the changes in a bid to become a general operating company beyond trading.”

Both figures set new highs for the firm. 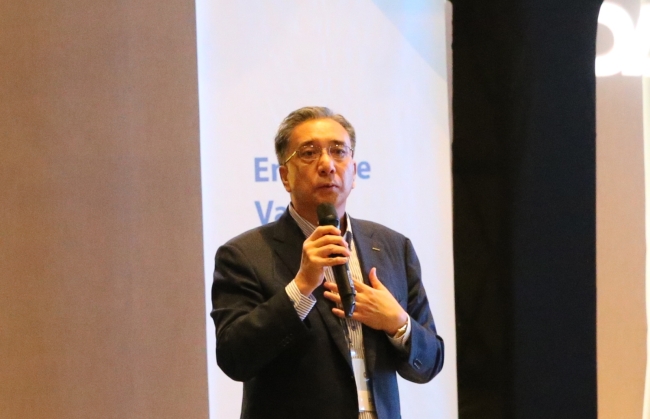 The company plans to increase steel sales to 35 million metric tons by 2020.

To overcome rising trade barriers and respond swiftly to market needs, the firm will establish a distribution office in the US during the second quarter of this year.

The steelmaker is also planning to build a distributor for rebar in Myanmar and a stainless processing center in Turkey.

For resource development, the company is establishing an integrated energy value chain that will cover from gas mining to trading and power generation.

Posco Daewoo will take part in 10 new gas mining projects in the next five years with an aim to become a global exploration and production firm.

It plans to acquire a grain export terminal in Ukraine and take over the operation in the first half of 2019. The company is also currently running a palm oil farm in Indonesia and rice processing center in Myanmar.

Posco Daewoo will partner with automakers to supply parts for electric vehicles, while expanding its IPP business in Myanmar, Uzbekistan and Honduras.