Since launching the midsized luxury SUV F-Pace in 2016, Jaguar has proved its market potential here. This year seems to be another milestone for the British brand, as it plans to unveil two new SUVs, one each in the first and the second half, completing Jaguar’s Pace lineup.

E-Pace, a compact performance vehicle, is a follow-up to F-Pace, the first-ever SUV by the British carmaker, and is expected to increase Jaguar’s brand power in the SUV sector, the company said.

Not only its sporty design, outstanding performance and practical value, but also the attractive retail price of the vehicle is expected to expand choices of motorists here.

E-Pace is also an intelligent connected vehicle, which interacts with smartphones and smartwatches when starting the engine and turning on and off the air conditioning, the company explained. 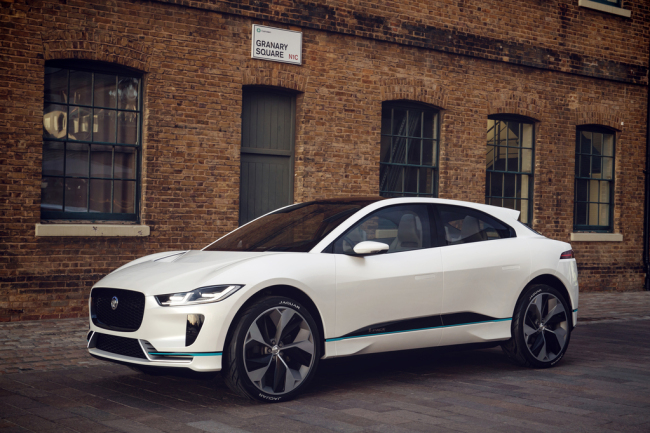 I-Pace (Jaguar Land Rover)
I-Pace, an all-electric crossover vehicle, is one of the most anticipated cars this year, as it opens a new era for SUVs powered by electricity.

The first electrified SUV is set to make a world premiere at the Geneva Motor Show in March and hit the local market in the second half of the year.

Powered by a 90-kilowatt-hour lithium-ion battery and a twin-motor electric drive system, the vehicle generates a combined 400 horsepower and is certified to drive 380 kilometers per charge in the US and 500 kilometers in Europe.

The SUV was hailed by its design chief Ian Callum for embodying both a future-oriented design and British craftsmanship. In 2017, I-Pace was picked as the best concept car from the Car Design Awards at the Turin Auto Show.

Ahead of its official launch, the company is currently promoting preorders of the vehicle. The retail price of the SUV for five passengers starts from 100 million won. For more information, visit find.jaguarkorea.co.kr.