Dubbed the PyeongChang 2018 Cultural Olympiad, the series of cultural displays will begin on Feb. 3, a week ahead of the Olympics.

“The Cultural Olympiad has been planned to let global citizens communicate through culture and includes programs for entertainment, celebration, education and culture,” according to a statement released by Gangwon Province.

The events, running for 44 days, will feature a plethora of both traditional and contemporary arts and range from art exhibitions and celebratory parades to non-verbal plays, forums on culture and lively concerts.

An opening festival for the Cultural Olympiad will take place at 6 p.m. on Feb. 3 at the Gangneung-Wonju National University. Large-scale Korean traditional performance teams, popular pop bands and DJs will take to the stage. 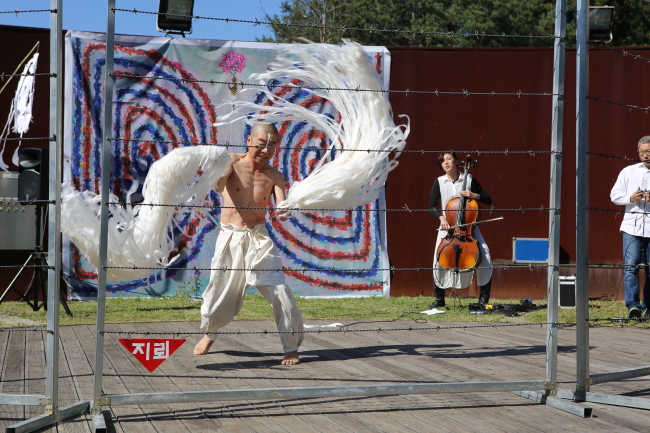 The DMZ Art Festa 2018 themed “Peace: Baram” will offer diverse performances featuring mime, music and dance from Feb. 4-24 near the Goseong Unification Observatory in Gangwon Province. (Gangwon Provincial office)
K-pop concerts will be held at the university on Saturdays during the Olympics period, featuring an array of Korean pop stars.

An art parade and culture market will be held in downtown Gangneung that afternoon.

Performance teams will greet global guests by putting up shows featuring Korean traditional percussions, jazz and hip-hop throughout the day.

At night after the opening festival, a moonlight-themed light show will decorate the shore of Gyeongpo Lake.

On Gyeongpo Beach, renowned for its spectacular view of sunrises, will be an art exhibition featuring the theme of “sun” will be installed. 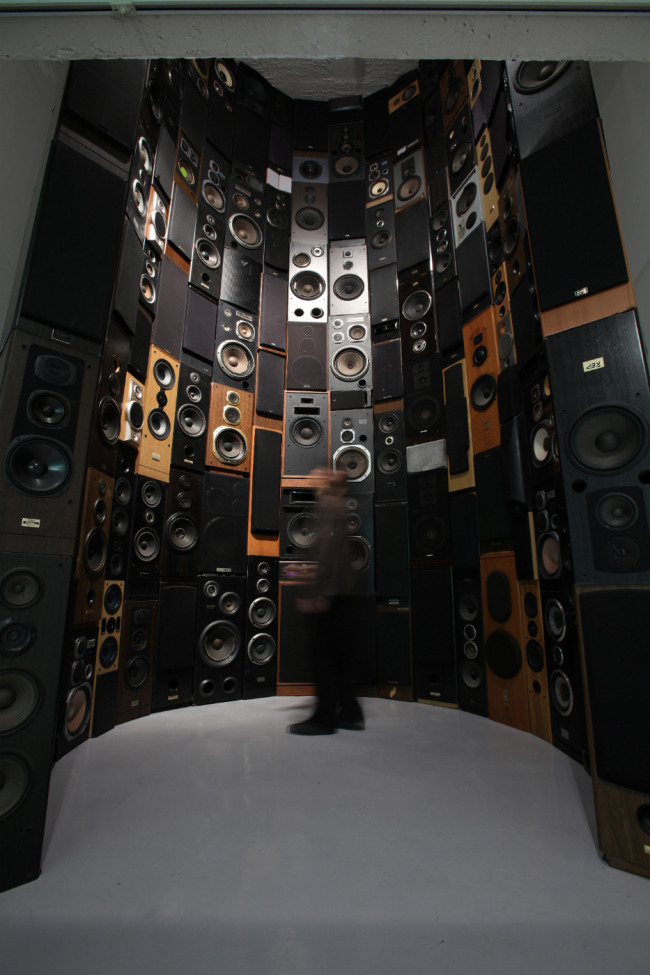 Under the theme of “The Dictionary of Evil,” the Gangwon International Biennale 2018 will take place from Feb. 3 to March 18 at the Gangneung Green City Experience Center E-ZEN. Details are available at www.gwbien.com. (Gangwon Provincial office)
Ballet performances will take place at the Gangneung Arts Center from Feb. 10-24 and March 9-17 featuring renditions of “Anna Karenina” and “Heo Nanseolheon,” performed by the Korean National Ballet.

Busking performances by aspiring musicians will be scattered throughout the Gangneung Festival Park from Feb. 3-March 17.

Over at the Jeongseon Arirang Culture Foundation, the stage will feature dance and acting troupes from Korea, Japan and China, from Feb. 10-16.

Each performance will reflect the history and culture of its respective country and feature vibrant traditional costumes.

The Gangwon International Biennale 2018 will run from Feb. 3-March 18 featuring the theme, “The Dictionary of Evil.” Some 100 pieces of media art, paintings, sculpture and performance art will be on display, submitted by 60 teams of artists from 20 countries. The artworks’ topics will deal with the darker issues pervading the world such as political and refugee crises, abuse of power, war and other types of violence. 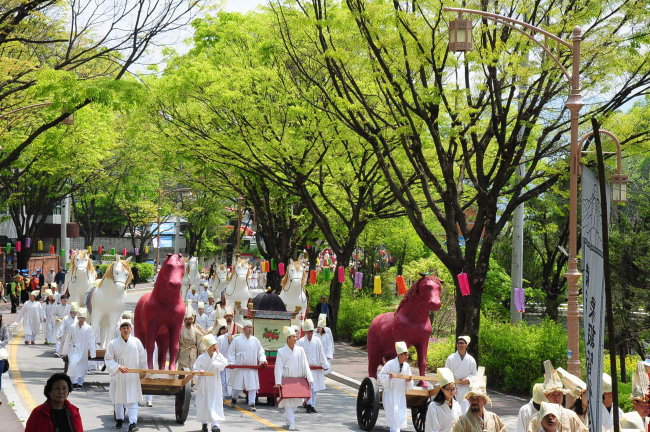 A media art show featuring the natural landscape of Gangwon Province will run until March 18 at the Gangneung Solhyang Arboretum. Visitors will be able to walk along a 2.6 kilometer-long trail amid a panorama show featuring the region’s legends, four seasons and ancestors’ stories.

Various performances bearing the theme of “peace” are set to take place as a nod to the founding spirit of the Olympic Games, created to encourage cooperation and halt conflict among countries.

The DMZ Art Festa 2018, directed by globally-renowned mime Yu Jin-gyu, will be held from Feb. 4-21 at the Goseong Unification Observatory and DMZ area. Visitors will be able to witness a variety of mime, music, dance and traditional performances.

Visitors will also be able to participate in the DMZ Art Camp, taking place from Feb. 22-24.

Nonverbal performances and themed shows will take place from Feb. 3-24 at the Haeram Culture Center of Gangneung-Wonju National University.

Audience members will be able to actively participate in the interactive shows, inspired by the Korean traditional holiday Dano. Falling on the fifth day of the fifth month in the lunar Korean calendar, Dano and the Gangneung Danoje Festival celebrate the spirit of unity.

“I hope the Cultural Olympiad will provide an opportunity for all the global guests visiting Korea and the locals of Gangwon Province to communicate through cultural exchange. We focused on offering inspiration to each individual in planning this event,” said Kim Tae-wook, director of the Cultural Olympiad. 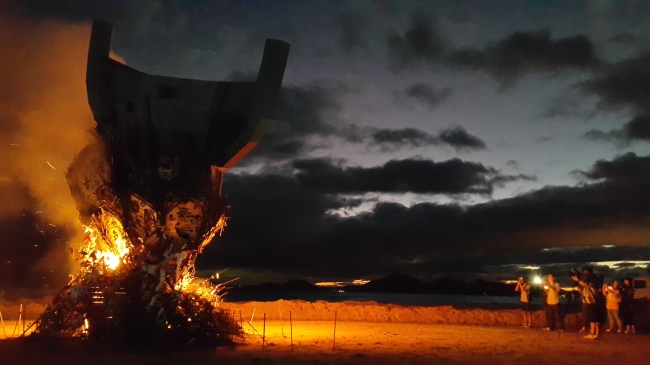 The Fire Art Festa 2018 themed “A Song Dedicated to Fire” will feature fire performances and an exhibition of fireworks at Gyeongpo Beach in Gangneung, Gangwon Province, through February. (Gangwon Provincial office)
Gangwon Province is in the process of fine-tuning all plans for the events’ successful execution in February.

Safety and convenience are of the utmost concern, according to the provincial government.

Gangwon Province and Gangneung’s city government will be jointly operating buses for free during the Olympic period for visitors attending sports matches and cultural events.

A shuttle bus will transport visitors to and from the sporting venues and the culture event locations.

A situation room will be monitoring any potential cases of sudden snowfall or accidents and respond accordingly and immediately, according to Gangwon Province.

Detailed information is available at culture2018.com

A hotline for global athletes and visitors will be available, offering translation and guide services.