This year marks the 40th anniversary of the Sejong Arts Center, which has seen some 62 million people attend its shows since opening in 1978. It was the only classical music and performance venue in Seoul until the opening of the Seoul Arts Center in 1988 in time for the Seoul Olympics. The Sejong Arts Center has hosted numerous international and local performances, including the first by the Berlin Philharmonic in Korea in 1984 and the Stuttgart Ballet with ballerina Kang Seu-jin in 2002. 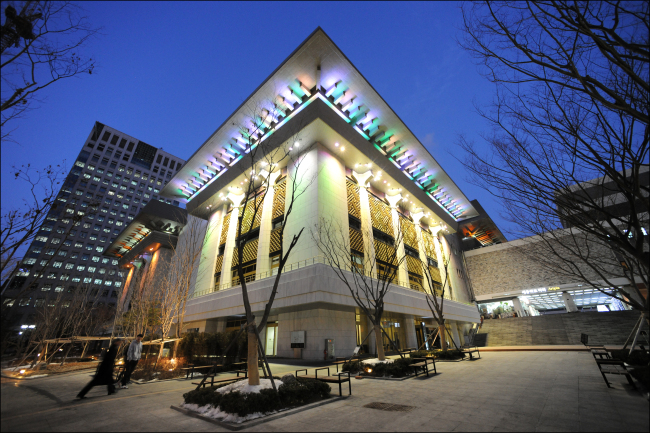 (Sejong Center)
Starting on April 26, the Seoul Metropolitan Opera will perform its “Turandot” -- Giacomo Puccini’s last opera which premiered in 1926 -- at the Sejong Grand Theater.

From May 9 to 15, Sejong Center will hold its weeklong “Sejong Art Festa,” which will comprise performances organized by Seoul Metropolitan Art Groups as well as exhibitions and outdoor activities.

The Munich Philharmonic Orchestra, conducted by world-renowned Russian conductor Valery Gergiev, will present works by Mahler and Prokofiev on Nov. 22. Korean pianist Sunwoo Ye-kwon, the gold medal winner of the 2017 Van Cliburn International Piano Competition, will perform with the orchestra.

Starting on July 17, the Sejong Center will hold the first large-scale exhibition of the French painter Edgar Degas in Asia. Some 100 pieces, ranging from paintings and drawings to sculptures and photos, have been curated by a former head of the Louvre Museum, the center said. 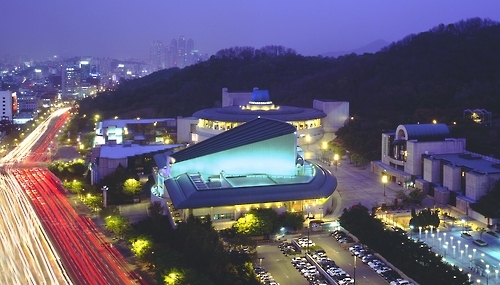 (Seoul Arts Center)
Meanwhile, the Seoul Arts Center in southern Seoul has a series of performances lined up to celebrate its milestone, beginning with a 30th-anniversary concert on Feb. 13 featuring the violinist Sarah Chang and 17 other string musicians who will perform popular classical music, such as Verdi’s “Four Seasons” and Piazzolla’s “The Four Seasons of Buenos Aires.”

On Sept. 12, pianist Cho Seong-jin, the winner of the 2015 Chopin International Piano Competition, and internationally acclaimed violinist Chung Kyung-wha will take to the stage in a duo recital.

Other performances to watch out for at the Seoul Arts Center include the Nederlands Dans Theater 1, led by artistic director Paul Lightfoot, which will perform for three days, starting on Oct. 19. Russian theater director Yuriy Butusov’s production of “A Doll’s House,” featuring Korean actors will run from Nov. 6-25.