Tongyeong International Music Festival 2018 seeks to continue the legacy of the late Tongyeong composer Yun I-sang, known for his attempts to bridge the music of Europe and Asia as well as his experiments with different styles and sounds.

This year’s TIMF will be held from March 30 to April 8, under the theme of “Returning Home.” World-renowned musicians from Korea and abroad will join the annual music festival to introduce musical works by Yun I-sang, as well as those of Western legends. 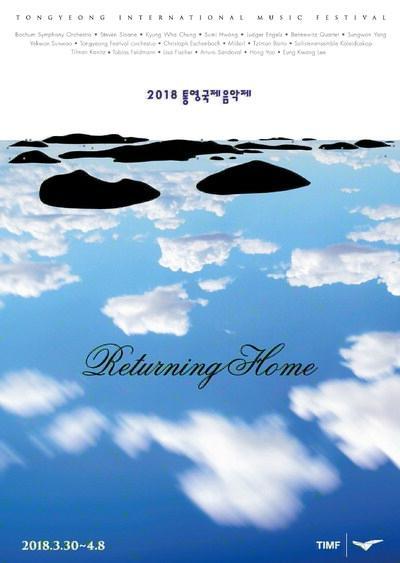 (TIMF Foundation)
The TIMF’s opening concert on March 30 will feature Korea’s acclaimed violinist Chung Kyung-wha and the Bochum Symphony Orchestra, conducted by Steven Sloane. “Exemplum in Memoriam Kwangju” by Yun I-sang, “Firebird Suite” by Igor Stravinsky and Brahms’ Violin Concerto are on the program for the performance at Tongyeong Concert Hall. Chung Kyung-wha will return to Tongyeong on April 2 for a duo recital with pianist Kevin Kenner.

The world premiere of “Music Theater: Returning Home” by director Ludger Engles of “Semele Walk” will take place at the Black Box on March 30, featuring music from Monteverdi’s “Il Ritorno d’Ulisse in Patria.”

Tongyeong Festival Orchestra will return with conductor Christoph Eschenbach, pianist Tzimon Barto and soprano Hwang Su-mi, playing Chin Un-suk’s “Puzzles and Games” from “Alice in Wonderland,” as well as Wolfgang Rihm’s Piano Concerto No. 2, at the concert hall on April 7.