After dealing with major accidents in December, the drama stopped airing for about a week. The third episode, originally slated to be aired Dec. 30, was put off. 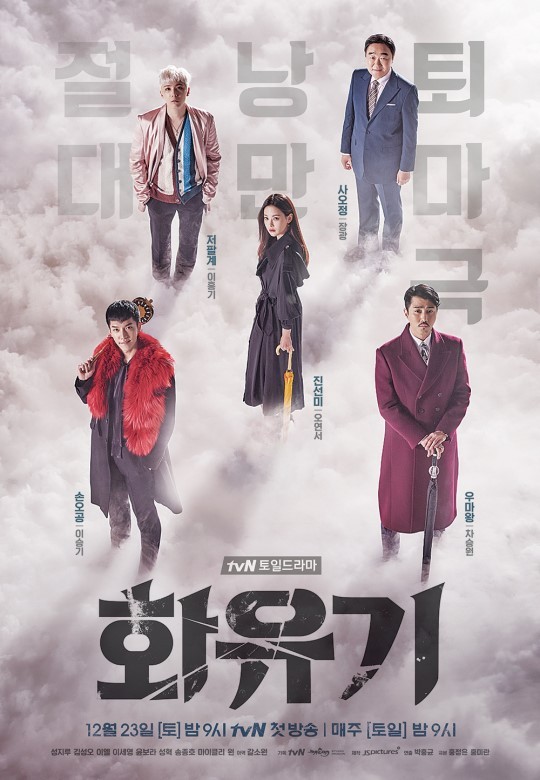 Poster for “A Korean Odyssey” (tvN)
During the episode which aired Dec. 24, some unedited scenes were shown. It was reported later that a member of the production staff was seriously injured after falling on the set on Dec. 23.

The production company JS Pictures and broadcasting station tvN announced Friday that the third episode of the drama will air Saturday. They apologized for the accidents and promised “to improve the production environment,” by rearranging the schedule and the working conditions of the staff.

“With the family‘s consent, we are to visit the injured staff’s family Sunday, to offer a personal apology,“ the companies said.