For his next work, Park will be helming a BBC television drama series revolving around an international intrigue that involves multiple countries. The series will also air on US channel AMC.

The six-episode drama is an adaption of John Le Carre’s “Little Drummer Girl,” a 1983 novel about an actress who, seeking to escape the dullness of the English bourgeoisie, is lured by an Israeli intelligence agent into a mission to eliminate a Palestinian terror group. 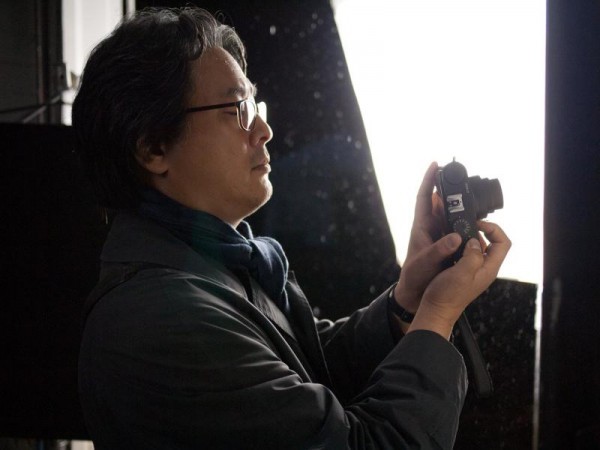 Park Chan-wook on the set of “Stoker” (Fox Searchlight)
Florence Pugh will star as the protagonist Charlie, and Alexander Skarsgard has also joined the cast. The producer is Laura Hastings-Smith, who produced the film “Macbeth” in 2015. Among the international crew are production designer Maria Djurkovic (“The Imitation Game,” “The Hours”), director of photography Kim Woo-hyung (“The Taste of Money”) and costume designer Steven Noble (“The Theory of Everything”).

“Of Le Carre’s many masterpieces, the one I loved ahead of any other is ‘The Little Drummer Girl.’ At the core of this story is an extremely painful, but thrilling, romance. This is what makes the story universal, reaching beyond borders and languages and remaining incredibly current,” Park told BBC last month. 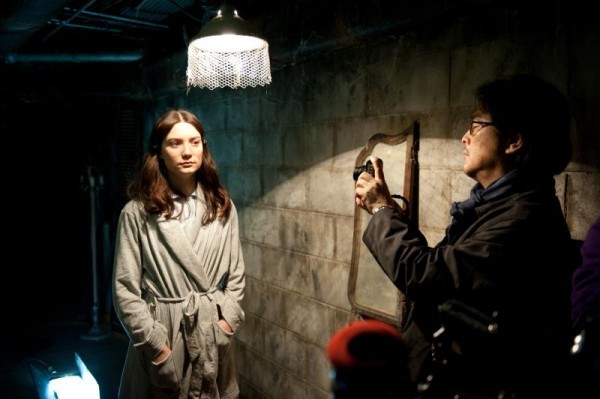 Mia Wasikowska (left) and Park Chan-wook (Fox Searchlight)
“To adapt such a great work without losing its integrity, it needs the time and depth of a television series, and I am excited at the prospect of seeing how the drumbeats of Florence Pugh, the most energetic young female actor I have seen recently, will resonate with the audience,” said Park, who is making his television debut with the series.

“The Handmaiden” was lauded as both a tale of feminine partnership that tears down a control system established by men, and Korea’s metaphorical tearing away from the reins of Japanese colonial rule. Some, meanwhile, criticized its explicit sex scenes as exploiting the female form.

Park has been vocal about his support for women in film.

“Regarding the recent gender discrimination and hate against women in the film industry, I apologize, as a man, as a director, as a relatively veteran director and as a producer,” Park said in an interview with film magazine Cine 21. “I express true respect to my female colleagues who are speaking up on this situation.”

When he received the Baeksang Arts award in May for “The Handmaiden,” Park said he hoped for a “world where people will not be discriminate against due to race, sexual identity or sexual orientation.” 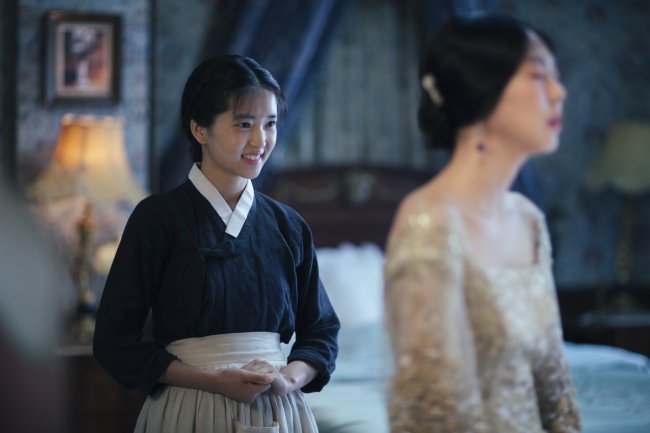 He had not initially set out to be a director but a critic, even interviewing Quentin Tarantino as a film journalist when the American filmmaker came to Korea to promote “Pulp Fiction” in 1994. The two later met again at the Cannes Film Festival in 2004, when Park was invited for “Oldboy,” which eventually won grand prize of the jury.

It is a famous tale that Park only seriously resolved to become a filmmaker upon watching Alfred Hitchcock’s “Vertigo,” and that he was reluctant to watch it twice for fear of shattering those initial, overwhelming feelings the movie had evoked in him.

Park’s debut feature “The Moon is ... the Sun’s Dream,” released in 1992, is about a man who discovers his wife’s infidelity. Commercial success and recognition came later, in 2000, when “Joint Security Area,” about an investigation into a shooting that takes place at the Demilitarized Zone in between the Koreas, became a box office hit.

In 2002, Park went on to begin his “Vengeance Trilogy” -- “Sympathy for Mr. Vengeance” (2002), “Oldboy” (2003) and “Sympathy for Lady Vengeance” (2005). Through these films, he rose to prominence in international cinema for his meticulous framing, black humor and brutal, yet stirring, shots.

Park turned to a quirky romantic comedy inside a mental institution in 2006 through “I’m a Cyborg, But That’s OK,” and went on to film “Thirst” in 2009, about a Catholic priest who turns into a vampire after a medical experiment goes awry.