North Korean leader Kim Jong-un started the New Year with nuclear threats, saying the button of the nuclear weapon launch is on his desk. 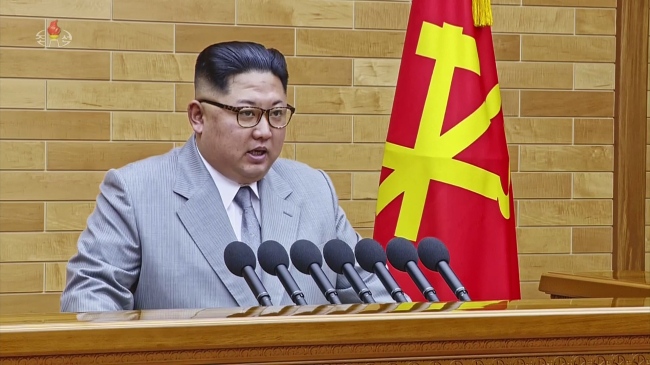 North Korean leader Kim Jong-un delivers a New Year message on Monday. (Yonhap)
The North Korean leader also indicated that his country may send its athlete delegation to the PyeongChang Winter Olympics that will open on Feb. 9 in South Korea.

"The Winter Games to be held in South Korea will be a good occasion for the country. We sincerely hope that the Winter Olympics will be a success," Kim said. "We have readiness to take various steps, including the dispatch of the delegation."

He added that the North is open to talks with South Korea to discuss its participation in the games.

It is the first time that the North has expressed its willingness to attend the international winter sports festival. (khnews@heraldcorp.com)