Though he had debuted years earlier on television, Ha began garnering attention with Na Hong-jin’s 2008 thriller “The Chaser,” which achieved box office success and was invited to screen at the Cannes Film Festival. In the film, Ha gives a forcible performance as a psychopathic serial killer. In past interviews, Ha revealed that for a while after the film’s release, people would cringe in terror when they saw him on the streets at night. 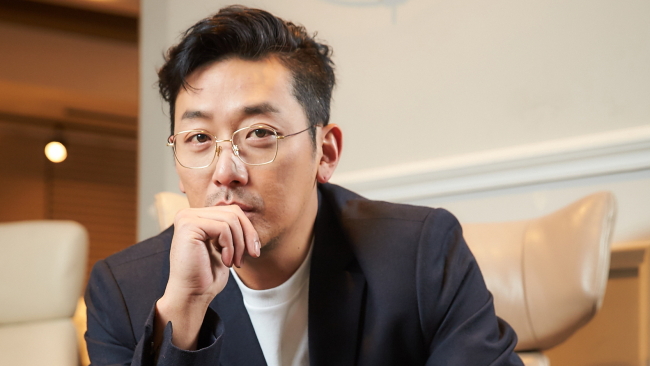 Ha has now returned as an officer of the afterworld in “Along with the Gods: The Two Worlds,” his first computer graphics-heavy fantasy flick, which hit local theaters Wednesday.

“It felt very awkward to mime wielding an invisible sword,” Ha said in an interview at a cafe in Seoul’s Jongno-gu on Dec. 14, getting up to reenact the motions.

Ha is aware that his strengths have so far been in raw and spontaneous acting, though he contends that his performances are in fact meticulously rehearsed. Out of his element in “Along with the Gods,” Ha says he decided to return to the basics.

“When you’re painting the background wall of a stage, if no particular color comes to mind, you paint it black,” said Ha, who majored in theater at Chung-Ang University. “That allows the actors in the foreground to pop. I think that is my character’s role in ‘Along with the Gods,’ a guide for the other characters.”

In the film, which is based on the Korean folklore of the seven gates in the afterlife, Ha plays Gang-rim, an officer tasked with leading the deceased into the next world and defending their lifelong deeds in judgment. 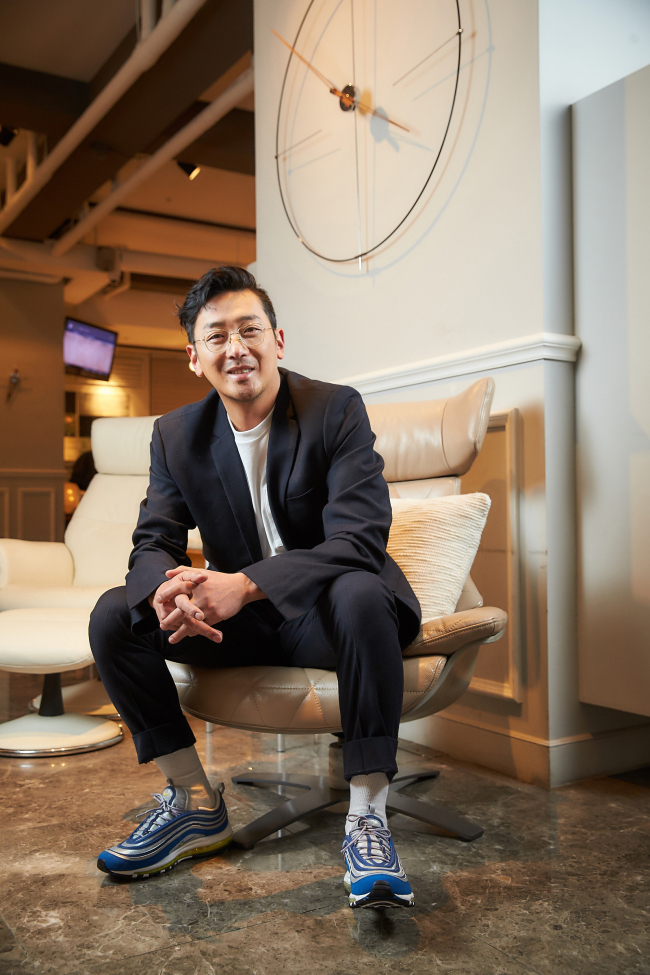 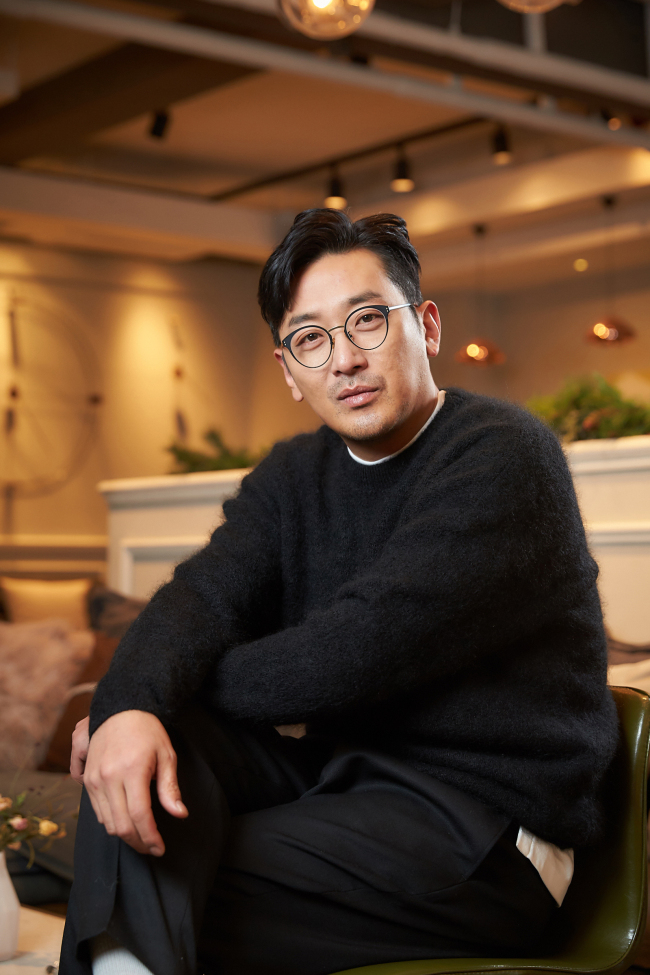 Ha says he learned a lot from participating in the 40 billion won ($36.6 million) undertaking. The crew spent a year filming in enormous water tanks and fields to recreate the vast afterlife, Ha said. A second installment of the film, shot simultaneously, will open in theaters next year.

In recent years, Ha has risen as arguably one of the most popular actors in Korean cinema. Almost every film he has starred in since 2008 -- from the 2009 sports drama “Take off” to the 2013 spy action flick “The Berlin File” -- have been box office hits. Most recently, he starred in Park Chan-wook’s thriller “The Handmaiden” and Kim Sung-hoon’s disaster flick “The Tunnel” last year.

This year, the actor also stars in “1987: When the Day Comes,” director Jang Joon-hwan’s historical drama about the 1987 pro-democracy movement.

Is he anxious his luck will soon run out?

“I dwelled on that a lot for a period of time. But again, I think you have to return to the basics,” said Ha. “I read a Japanese book called ‘The Lawyer who Reads Luck’ (by Tsutomu Nishinaka) that said if you keep up the basic things in life -- giving back what you’ve received, not getting into fights, being generous -- then things will remain all right.

“The day I fall into a slump will probably be the day I retire as an actor,” Ha said.