[ The Korea Herald – Send E-mail ]
Stepping into the webtoon world, literally
In Naver’s new interactive webtoon, readers take selfie and step into story
By Sohn Ji-young
Published : Dec 17, 2017 - 18:52
Updated : Dec 17, 2017 - 19:05
Reading a webtoon, or digital comics, has long been a passive experience. We read the story by scrolling down the screen of a smartphone.

But this is on the verge of change in tech-forward South Korea, where the marriage of cutting-edge technology and web comics is creating a unique and interactive storytelling model that invites the reader into the picture -- in a literal sense.

Leading the push is Naver Webtoon, Korea’s biggest webtoon platform, operated by portal website Naver. It recently partnered with popular webtoon artist Ha Il-kwon to create a new webtoon series in which the reader becomes the protagonist of a high school love story. 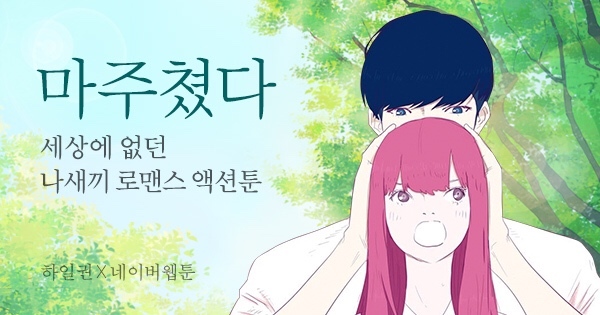 (Naver Webtoon)
In the new series, titled “Encountered,” the centralization is quite literal -- the webtoon is shown from the viewpoint of “me,” as if you are literally standing inside the classroom where the story takes place.

The female character in the story asks your name, and continues to converse with you by that name. At certain points in the story, you can even browse your surroundings in 360 degrees.

In the latest installment released Sunday, you are asked to take a selfie via your smartphone. Leveraging research and development unit Naver Labs’ facial recognition and machine learning technologies, the webtoon creates an animated version of you.

“We’ve designed the webtoon so that the reader can interactively enjoy the various high technologies applied, including augmented reality, 360-degree panorama and facial recognition, in a fun way.” 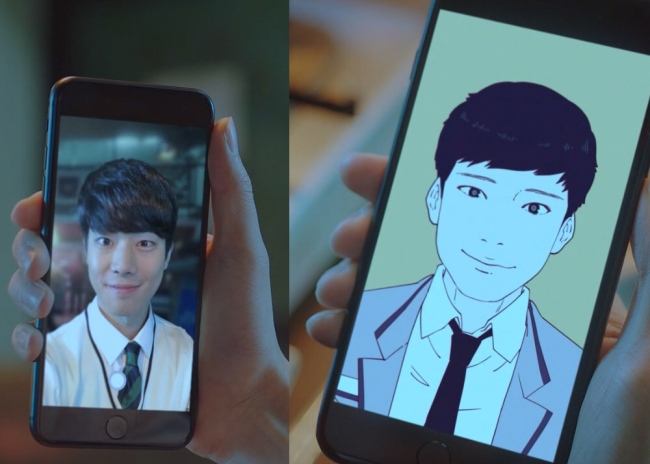 (Naver Webtoon)
“Encountered” has been met with explosive popularity among young webtoon readers. The prologue episode hit more than 10 million views in just three days from its release date, and the count is now nearing 20 million views, according to Naver.

“We believe that advancements in technology can bring readers closer to the content they consume. We’ll continue to carry on with tech experiments to achieve this goal,” Kim said.

Webtoons are a promising business for Naver and its Japan-based mobile messaging subsidiary Line as well as for domestic rival Kakao, operator of Korea’s dominant mobile messenger KakaoTalk.

Kakao runs the popular Daum Webtoon and Kakao Page webtoon platforms in Korea. It also operates Piccoma, an up-and-coming mobile manga platform for the Japanese market, according to the firm.