“I believe that a second, third BTS should be born and I believe it is possible. I will try to complete a successful model and let future (K-pop) musicians continue on in this path,” Bang said in accepting the Presidential Citation at the Korea Content Awards ceremony at Coex in Seoul on Tuesday. 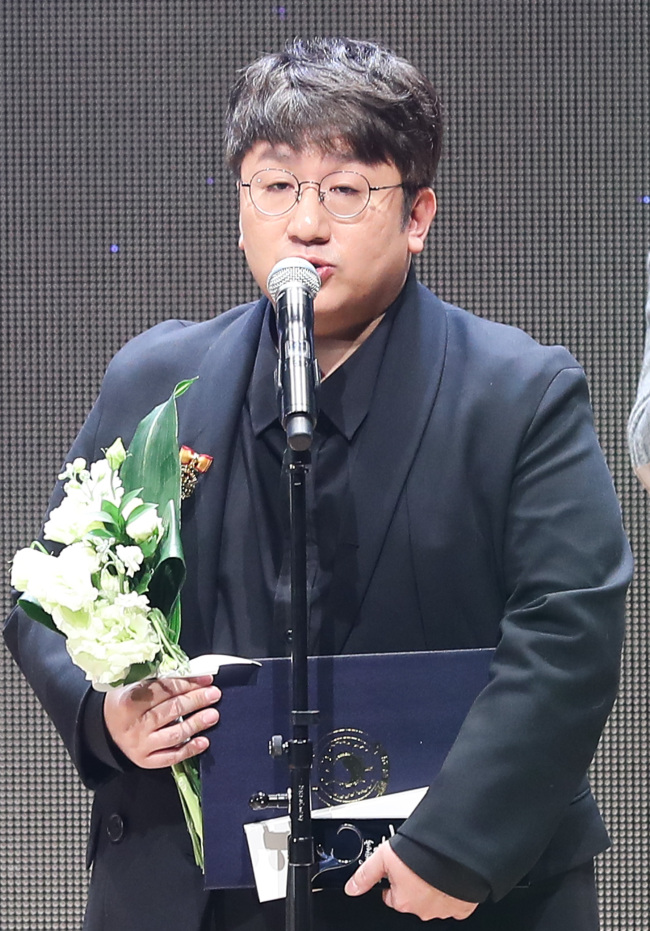 Bang Si-hyuk delivers an acceptance speech at the Korean Content Awards ceremony at Coex Seoul on Tuesday. (Yonhap)
Bang has been involved in several charity activities recently. In November, BTS and Big Hit Entertainment created the “Love Yourself” fund totaling 500 million won to assist in halting violence against children and teenagers.

BTS has blazed a trail in recent months, having its songs listed on the Billboard Charts and performing at the American Music Awards.