Bong’s latest film “Okja,” released on Netflix and in select theaters in June, draws on the tale of mountainside girl Mija and her best friend, the genetically-modified, docile super-pig Okja.

The film competed at the 70th Cannes International Film Festival in May. 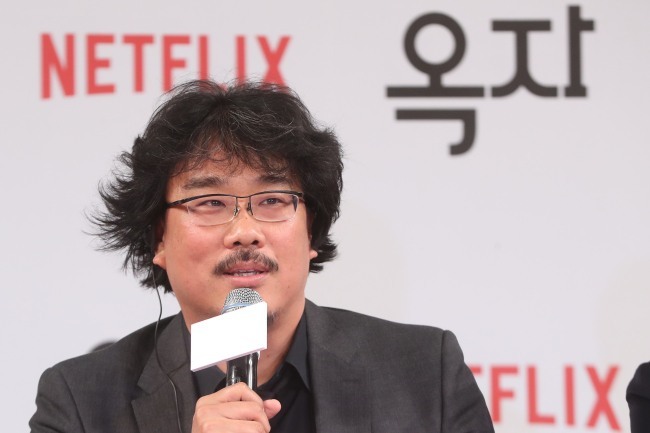 Director Bong Joon-ho speaks at a press conference in Seoul in May. (Yonhap)
“Through its playful ‘super-pig’ protagonist, Okja, and her loving guardian, Mija, Bong’s film shows viewers that, like humans, animals are individuals who have families and form friendships when given the chance, are capable of a wide range of emotions, and value their own lives,” PETA Asia said in a statement. 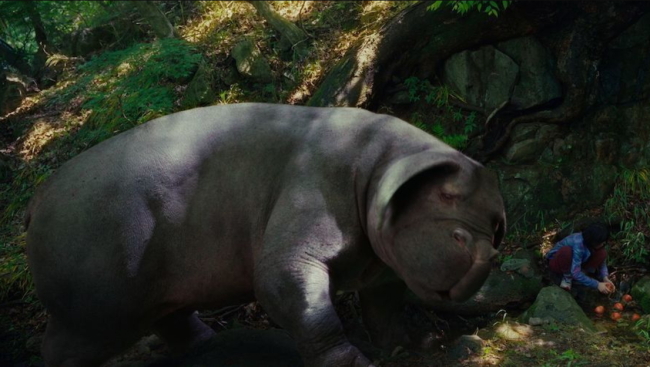 “Okja” (Netflix)
“Bong Joon-ho’s bracingly realistic film puts a face and a name to the millions of animals slaughtered for food every year,” PETA Asia’s Vice President Jason Baker said in a statement.

“PETA is honored to recognize this pioneering director for his compassionate heart, mind, and achievements for animals.”