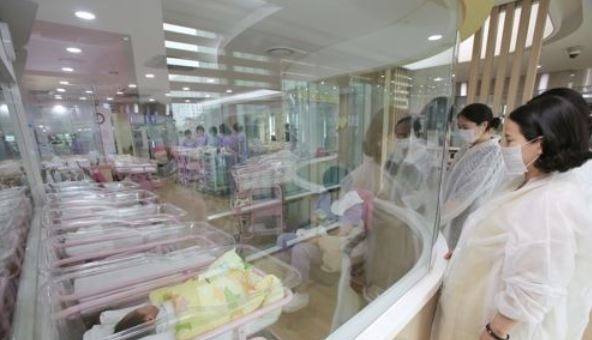 Yonhap
According to the World Factbook of the US Central Intelligence Agency, the country’s estimated total fertility rate ranked 219th out of 224 countries in the world.

South Korea has long struggled with a low birthrate and rapidly aging population. The number of elderly aged 65 and over is expected to be nearly 7.08 million this year, or 13.8 percent of the whole population.

The aged-child ratio -- the percentage of people over 65 to children up to 14 years old -- stood at 104.8 as of this year, which means there are more elderly than young people, according to data from Statistics Korea. The tally is expected to soar to 434.6 in 2060, the data showed.