The Bank of Korea raised the base rate by a quarter percentage point to 1.5 percent Thursday for the first time since June 2011, citing clear signs of economic recovery and low inflation pressure. 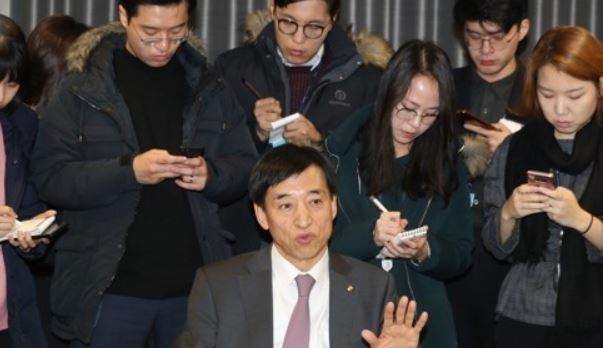 Bank of Korea Gov. Lee Ju-yeol speaks at a financial meeting in Seoul on Dec. 1, 2017. (Yonhap)
The governor said the BOK's decision has had little impact on the financial market so far, as investors have already priced in the move in advance.

"The central bank has kept giving signs of monetary tightening to prepare market players for higher borrowing costs," Lee said. "It is time for each household to make different decisions on money lending, saving and investment." (Yonhap)