In what could be the music video of the year, the swaggering video of BTS’ “Mic Drop” remix, a collaboration between American DJ Steve Aoki, rapper Desiigner and the seven-piece world superstars, has lived up to hype since its release last week.

And Kim, a creator behind the recent BTS fever, shared in-depth details about his latest masterpiece for those who just can’t get enough of the “Mic Drop” whirlwind. 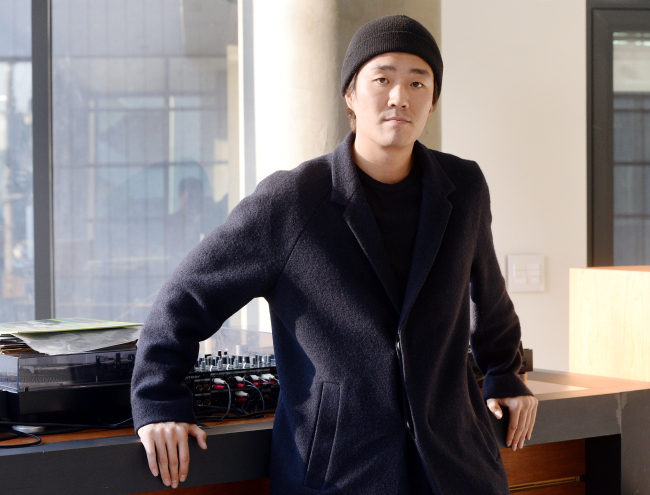 “Listening to the song, the first thing that came to my mind was that I wanted to lock BTS in an interrogation room. Then I wanted to show viewers how they manage to escape the room and free themselves with music,” said Kim during a recent interview with The Korea Herald in Seoul.

The groovy and intense music video opens with Aoki spinning discs, as the band, sitting expressionlessly in the room, fiercely start dancing to the song.

The director explained the intention of keeping the group in the closed space -- a symbol of surveillance and oppression -- was actually related to his hope that BTS could break free from social fetters.

“As global K-pop stars, BTS has been at the center of media attention that consistently evaluate it. Like other idol stars, they are busy with schedules and practices. Sometimes they might have different opinions from what media talk about them. I wanted BTS to soar high as free artists,” Kim said.

Images of BTS’ “Mic Drop” remix music video (Big Hit Entertainment)
There are “haters” in the video that appear in black cloaks. But with the power of BTS’ music, they become the group’s followers. At the end of the video, the bandmates drop their mics and disappear, as if saying, “Catch me if you can. I will fly high no matter what,” said Kim. In search of freedom, BTS also takes the aggressive dancing to parking lots surrounded by burning cars, and to a black-and-white imaginary space Kim called the “space of infinity,” or epitome of freedom.

Kim went on to share how it was working with Aoki in Los Angeles, where the disc-spinning scenes were taken in the music video. As a mastermind of “Mic Drop” remix, the US DJ not only kicks off and closes the video, but also keeps spinning atop BTS like a god of music.

“I kind of wanted to deify Aoki as a god of music. It only took me two hours to shoot the scene, as Aoki was very professional at every level. I only gave him the word ‘charismatic’ and he immediately caught it,” he said. 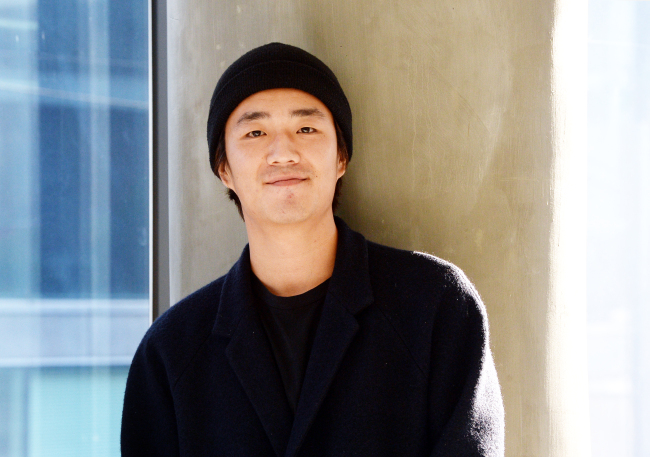 Before earning the title of BTS’ music video director, Kim was already a famed director known for bringing his golden touch to music videos across spanning genres, such as Red Velvet’s “Happiness” and Taemin’s “Danger,” with his outstanding creativity and sensitivity.

Surprisingly, Kim was originally a talented skateboarder and snowboarder. Out of interest in video producing, Kim founded GDW, a Seoul-based film, motion and 3-D studio specializing in creating commercials, music videos and documentaries in 2007, and worked on videos for sports and fashion. And it was not until Bang Shi-hyuk, CEO of BTS’ label Big Hit Entertainment, called Kim to suggest a collaboration two years ago, that he met BTS.

“Bang told me that he was deeply impressed with Red Velvet’s ‘Ice Cream Cake’ video that I produced. After working on Rap Monster’s mixtapes, I produced ‘Dope,’ my first BTS project featuring the whole group.” 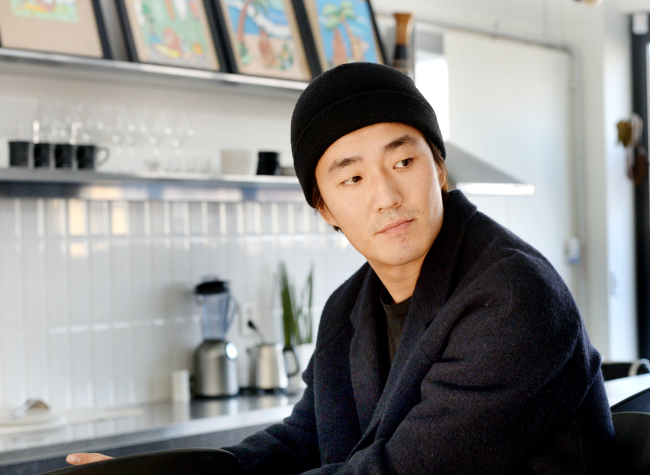 Music video director Kim Sung-wook poses prior to an interview at his studio in Hannam-dong, Seoul, Monday. (Park Hyun-koo / Korea Herald)
According to Kim, the K-pop filming regimen isn’t so different from what goes into filming sports videos. As a longtime boarder, what Kim takes into consideration the most when shooting are rhythm, speed and balance -- basic things to keep in mind when boarding. Those elements, he says, create the most dynamic music videos rife with energy, artistry and sophistication.

“Things I always avoid when shooting are static or canned looks. While many other K-pop music videos tend to feature still shots of artists’ faces to emphasize their beauty, I always make artists move around to focus on their energy to catch their most natural sides,” Kim said.

Living a creator’s life, however, was harder than it seemed. Kim doesn’t plan to work on projects until January next year to unleash his creativity to the fullest in the future.

“I think K-pop music videos these days are getting too provocative and spicy. They are easily consumed and lack in meaning. And my job is to create meaningful and inspiring videos through which people can experience something new in their lives.”

“When my brain is tired, I end up creating something banal. That’s why I have rules not to work around the clock. I need time to empty myself,” he said.