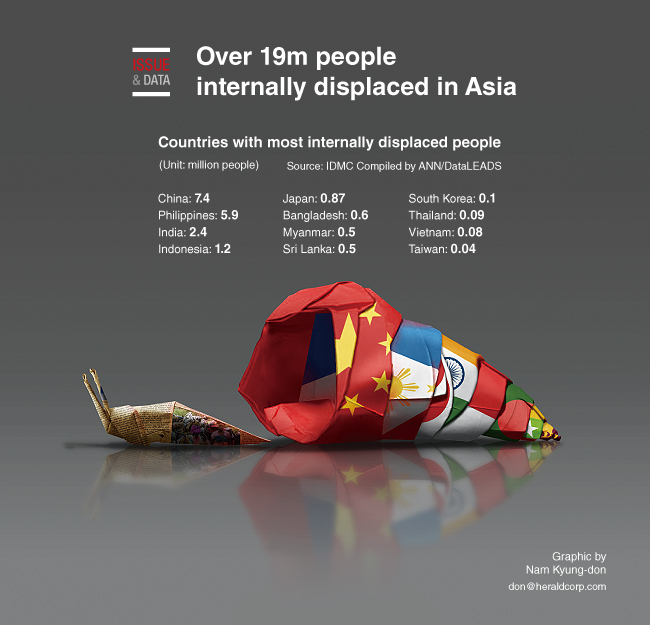 The most internal displacements are recorded in China, with 7.4 million people displaced in their own country due to conflict and disasters, followed by the Philippines (5.9 million) and India (2.4 million), according to a recent report of the Geneva-based Internal Displacement Monitoring Center.

The world is faced with a rising crisis of internally displaced people. Each year millions of people are made homeless as a result of sudden disasters such as floods and storms, new figures show. The majority of people who are faced with the high risk of displacement live in Asian countries mostly struggling with various economic hardships. Eight countries with the highest risk of internal displacement are in Asia.