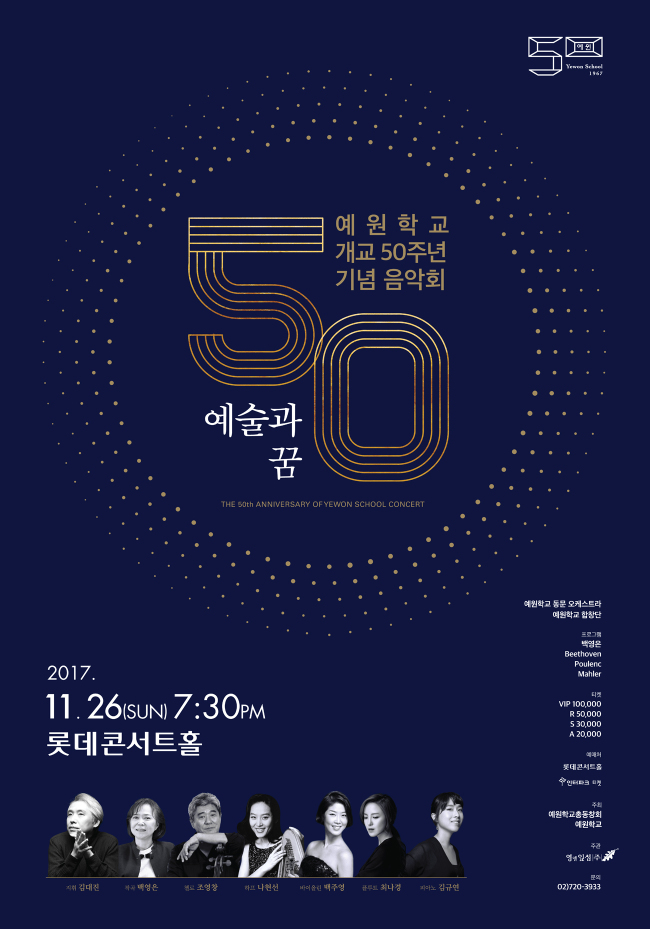 The concert will take place at the Lotte Concert hall on Nov. 26 at 7:30 p.m. Its aim is to celebrate the school’s 50th anniversary and reflect on the graduates’ success as well as to look toward the future of Korean classical music.