“After the ‘Red Flavor’ success, we felt burdened. But still, we tried to return with more perfection with ‘Perfect Velvet,’” said Irene during the group’s media showcase in Seoul on Thursday, ahead of the album's release slated for Friday evening. 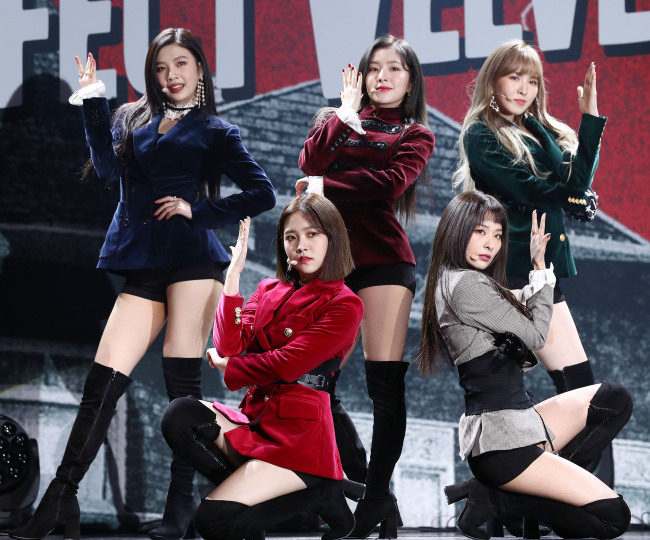 Red Velvet performs during a media showcase for its new full-length album “Perfect Velvet” in Seoul on Thursday. (Yonhap)
The media showcase was hosted by the act’s label mate and veteran idol star Taeyeon of Girls’ Generation, in what is the first case of any K-pop act taking on such a role for label mates. The Girls’ Generation member, who often supports the “Red Flavor” singers on social media, told reporters ahead of the event that she decided to accompany Red Velvet to the stage out of her affection for the group. 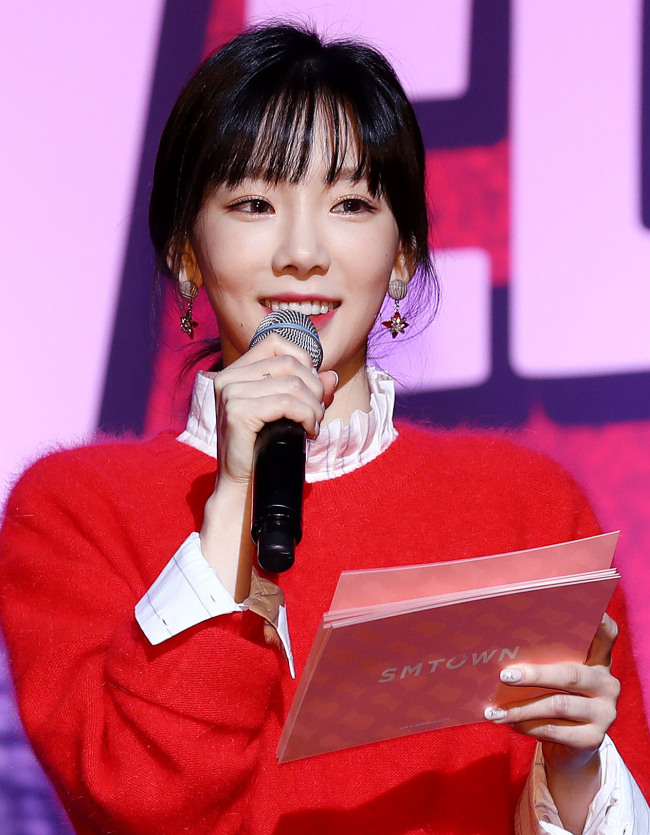 (Yonhap)
Led by groovy rhythms and percussive melody, “Peek-A-Boo” is about electrifying feelings of unexpected love, lyrically comparing the carefree love lives of the young generation to the act of playing in the playground. The dynamic song is also layered with catchy pluck synths and pulsating beats, adding depth and diversity to it. The hook-filled chorus is propelled by the repeated titular phrase “Peek-A-Boo,” but just as the members explained, the song is neither perky nor exuberant as the group’s previous works.

Since its debut with the 2014 single “Happiness,“ Red Velvet has divided its musical identity into peppy “Red” and sultry “Velvet.” The former incorporates hits like “Ice Cream Cake,” “Dumb Dumb,” “Rookie” and “Red Flavor,” while tracks such as “Be Natural” “Automatic” and “July 7th” fall into the territory of “Velvet.” And “Peek-A-Boo” will be a latest track to join the “Velvet” line, the group said. 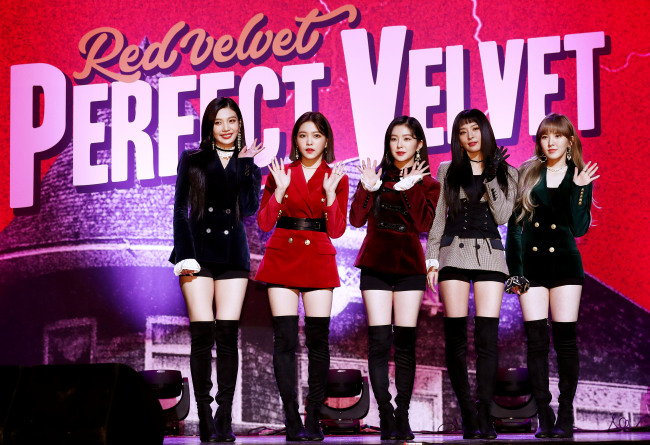 Yeri, 18, explained the reason why she decided not to take the college entrance exam this year, slated for Nov. 23.

“I’m not taking the exam in order to concentrate on group activities. But it doesn’t mean that I gave up on going to college,” she said.

Following in the footsteps of other S.M. Entertainment’s girl groups such as Girls’ Generation and f(x), Red Velvet quickly became an international chart-topping act with its viral hits like “Ice Cream Cake” and “Russian Roulette,” which hit No. 2 on Billboard’s World Digital Song Sales chart. With the “Red Summer” EP, the group continued its winning streak, placing the album at No. 3 on Billboard’s World Album chart and No. 4 on World Digital Song Sales chart.