According to the report from the Korea Statistics Thursday, 21,709 international couples got married last year, marking a 3.4 percent drop from 2015. The rate has been declining for the past six years. 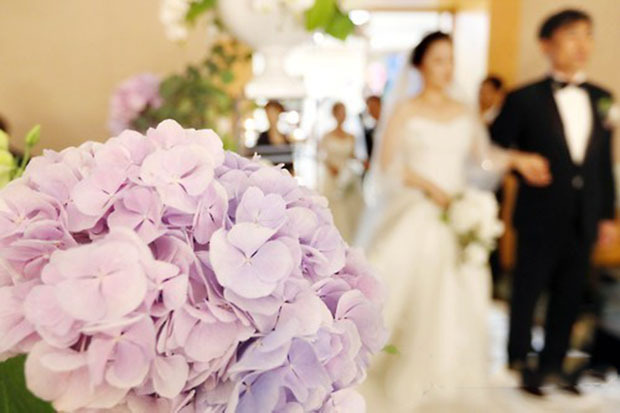 The photo is irrelevant with the story (Yonhap)
However, the percentage of marriages between older Korean men and younger foreign women went up. Among the international couples who got married in 2016, in 40.2 percent of the cases, the men were more than 10 years older than the wives. Similar cases were observed in only 3.5 percent of Korean marriages.

Based on the nationality, 27.2 percent of the foreign wives came from Vietnam. Around 26.9 and 4.3 percent, were respectively from China and Philippines.

Before divorcing, the international marriages lasted for an average of 7.4 years, compared to 15.5 years for Korean couples.