South Korea decided on Wednesday to postpone the state-administered college entrance exam by a week as a rare 5.4-magnitude quake struck the southeastern city of Pohang and caused fissures in some school buildings there.

The Ministry of Education announced that the date for the College Scholastic Aptitude Test has been pushed back to Nov. 23.

The test was due to be held nationwide on Thursday.

It is the first time that the test has been rescheduled due to a natural disaster. (Yonhap) 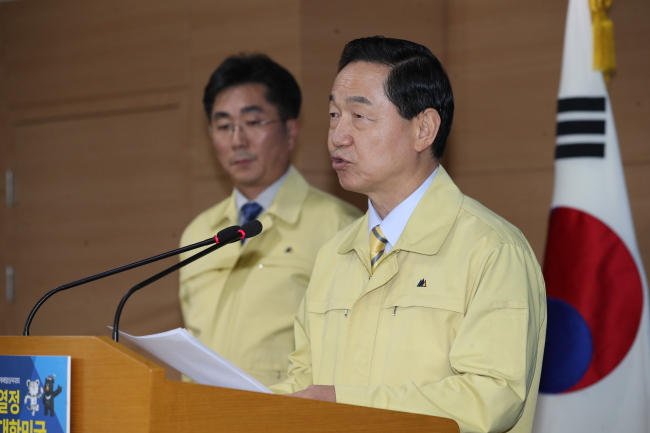 South Korea's Education Minister Kim Sang-gon speaks during an emergency press conference in Seoul, Wednesday. The state-administered college entrance exam will be pushed back to Nov. 23 due to a rare 5.4-magnitude earthquake that struck Pohang earlier on Wednesday. (Yonhap)