The two names are included in the annual “Variety 500” index, which lists the most influential business leaders in the global entertainment scene, reflecting their accomplishments over the past 12 months.

Lee and Jeong are included in the “Overseas Overseers” category, one of 17 categories. 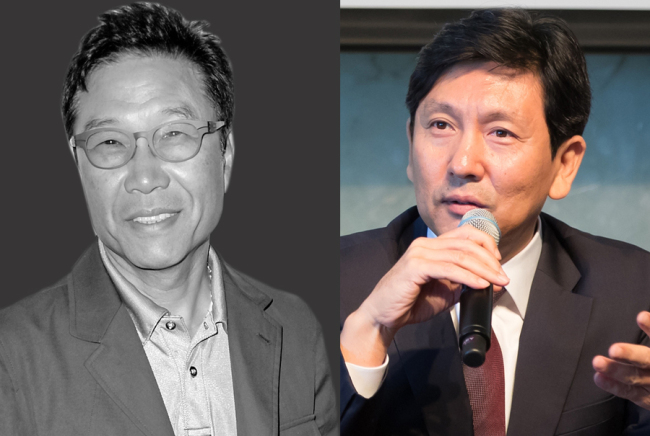 (Left) Lee Soo-man (Variety), Jeong Tae-sung (CJ Entertainment)
“Lee is known to have been inspired by MTV performances that are both musically and visually strong and had a vision for the Korean pop music industry,” Variety wrote in its profile of Lee, 64.

“The group’s popularity quickly went all over Asia and even created the term Korean Wave, which was initially used to describe Chinese fans’ craze for them,” the profile added.

“Jeong’s appointment (as CEO) was always going to result in the company’s strengthened pan-Asian, if not international, business,” the profile added.

The 500 names are selected by Variety’s editorial board.

Variety, founded in 1905, is an American entertainment trade magazine and website.