The agency said the upcoming EP will be a reference to Jun.K’s 20s, as the singer will turn 30 next year. “My 20s” will be the singer’s first solo release in 10 months since his special album “77-1X3-00” in January last year. 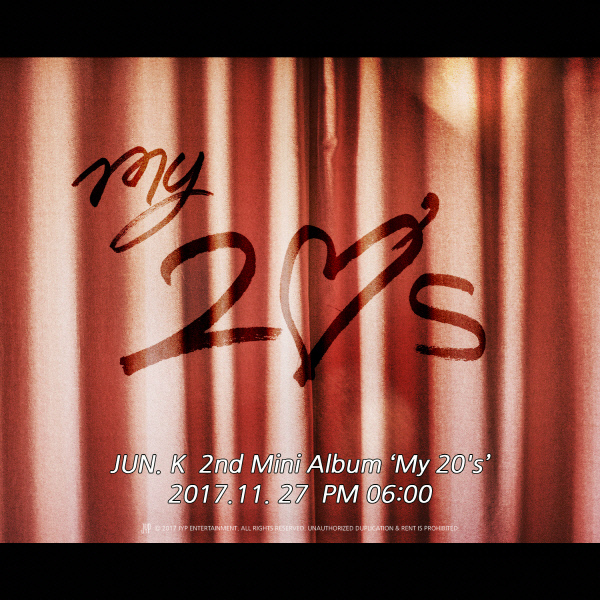 A teaser image for 2PM Jun.K’s upcoming solo EP “My 20s” (JYP Entertainment)
The 2PM member kicked off his solo career as a singer-songwriter in 2011 with his debut single “Alive.” Also an adept producer and composer, Jun.K has been involved in crafting 2PM’s albums since the group’s second full-length album “Hands Up.” He also wrote and composed all the tracks on GOT7’s Japanese debut EP “Around The World” in 2014.

While Jun.K has not been active with the group since its latest concerts in June, he has held solo performances in Japan, such as a concert with his bandmates Wooyoung and Junho at Yokohama Arena earlier in November.
(lotus@heraldcorp.com)