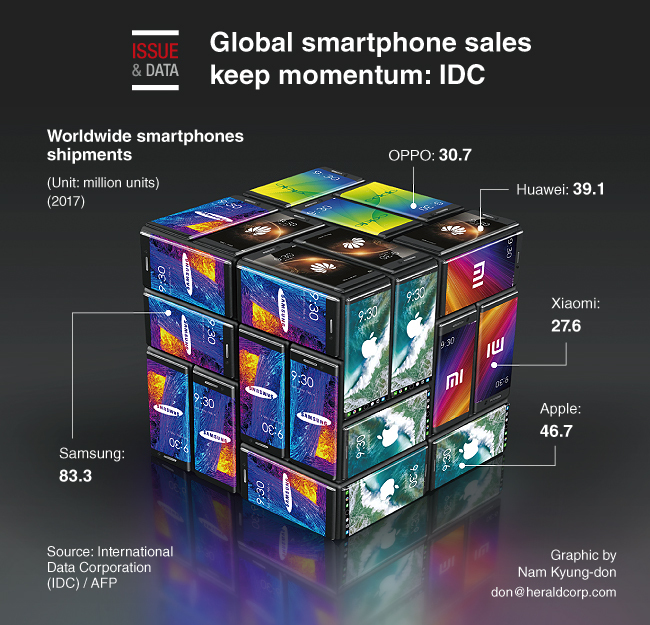 The global smartphone market has momentum going into the year-end holiday shopping season, according to the International Data Corporation.

An estimated 373.1 million smartphones were shipped worldwide during the third quarter of this year, a 2.7 percent rise from the same period in 2016.

The five top smartphone makers all shipped more units than they did in the same quarter last year.