A trilateral venture among Kia, Yueda and Dongfen has unveiled the New Forte at a Hyundai Motor Group R&D center in Yentai, China, on Tuesday with local dealers and officials attending. The 1.6-liter subcompact sedan is equipped with a six-speed automatic or manual transmission as well as a voice-recognizing navigation system developed by Chinese tech giant Baidu, the company said in a statement. 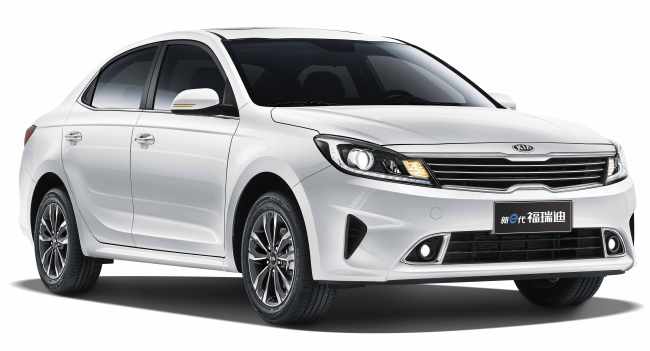 (Kia Motors)
The design of Forte has added a luxury element including chrome garnish in the rear bump as well as smart keys to target tech-savvy Chinese customers born after the year 1980, it said.

With the navigation system, named Baidu Map Auto, drivers can search for short cuts based on real-time traffic information as well as parking spaces and restaurants in use of big data and cloud.

So Nam-young, vice president of Dongfeng Yueda Kia, said that the New Forte is aimed mainly for China’s young families with its design, space and smart options.

The nation‘s second-largest carmaker is pinning hopes on Forte to revitalize its sales in China which have been declining for months over alleged retaliatory actions from Beijing against South Korean companies.

The subcompact segment in China is the second largest after the country’s SUV market. By September, about 4.45 million subcompacts were sold, Kia explained.

Seoul and Beijing have recently agreed to improve bilateral ties, after months of diplomatic disputes over Seoul’s decision to deploy an US anti-missile system.