Left only with a scant number of staff, the broadcasters have managed minimum news coverage and aired reruns and standalone features.

It has been nine weeks and counting since popular variety shows including MBC’s “I Live Alone,” “Infinite Challenge” and “King of Mask Singer” were put on hold indefinitely. 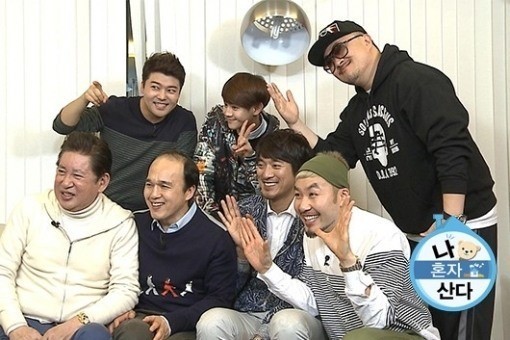 “I Live Alone” (MBC)
State-owned broadcaster KBS’ variety programs such as “Happy Together 3” have also been put on hold, though the broadcaster initially churned out new episodes by dispatching senior-level executives to shoot and edit, according to reports.

News programs have been either canceled or drastically minimized. Uninterrupted music, from pop songs to classics, is being played around the clock on MBC’s radio stations.

Public broadcaster MBC, whose largest shareholder is a public organization, the Foundation of Broadcast Culture, has a long history of problems with its leadership. In 2012, the union boycotted production for 170 days, demanding the resignation of then-CEO and President Kim Jae-chul, who was accused of hindering journalistic freedom.

Kim Jae-chul, who was removed from his position in 2013, was grilled by prosecutors Monday as part of an investigation into the alleged censoring of anti-government programs and unfair labor practices.

Meanwhile, current developments suggest the tide could slowly be turning. Shooting for a new episode of MBC’s variety show “I Live Alone” took place Monday for the first time in two months -- its most recent episode was broadcast on Sept. 1.

The shoot was in anticipation of a potential turn of events, a staff member of the show told local media.

On Wednesday, the Foundation of Broadcast Culture, a major shareholder of MBC, will hold a meeting to determine the dismissal of current MBC President Kim Jang-kyeom.

“The shoot is in case the union’s goal of removing Kim Jang-kyeom is met,” a spokesperson for “I Live Alone” told local media. “We have come to an agreement with the union that if that goal is not achieved, we will cancel additional shooting.” 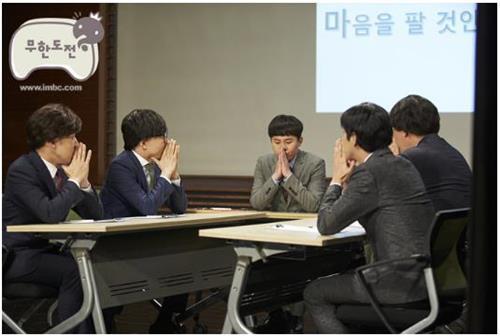