Samsung Electronics has recently given visitors the chance to experience the thrill of ski jumping and participate in the Olympic torch relay through virtual reality and augmented reality technologies at its 'Samsung Delight' brand shop in southern Seoul. 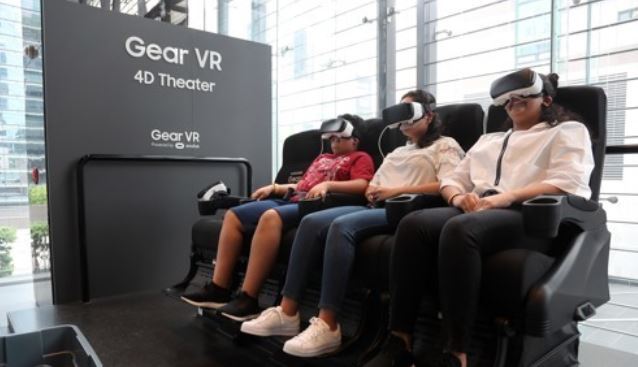 Hyundai Motor and its affiliate Kia Motors Corp. came up with a plan to test a fuel-cell electric car and other fuel-efficient vehicles on the expressway between Seoul and Pyeongchang, the host city of the Winter Games, to grab the attention of global and domestic audiences that have become more eco-conscious.

Hyundai and Kia, which together form the world's fifth-biggest carmaker by sales, also plan to showcase their autonomous vehicle technologies during the global sports event that starts on Feb. 9 and lasts until Feb. 25.

In the retail sector, Lotte Group and Hyundai Department Store have developed a variety of marketing programs to boost sales and enhance brand image, particularly among Chinese and other Asian customers.

Hyundai Green Food, an affiliate of Hyundai Department Store, plans to provide food for 15,000 athletes and sports staff during the games.

On Tuesday, Seoul and Beijing announced that they will work to bring their exchanges and cooperation back on track following bilateral political tensions over the deployment of an advanced US missile defense system, called THAAD, in South Korea.

South Korean companies that have been dependent on sales in China have suffered sharp declines in their earnings there since March, when Beijing banned the sale of group travel packages to South Korea in retaliation against the THAAD deployment.

On top of major exporters such as Hyundai, companies that run business operations in China are expected to strengthen their promotions to lure customers from the neighboring country ahead of the Olympics. (Yonhap)