The benchmark Korea Composite Stock Price Index edged up 0.44 point, or 0.02 percent, to close at 2,490.49. The gain was bolstered by robust third-quarter earnings expectations, with a slew of major firms set to release their business performances this week for the July-September period. 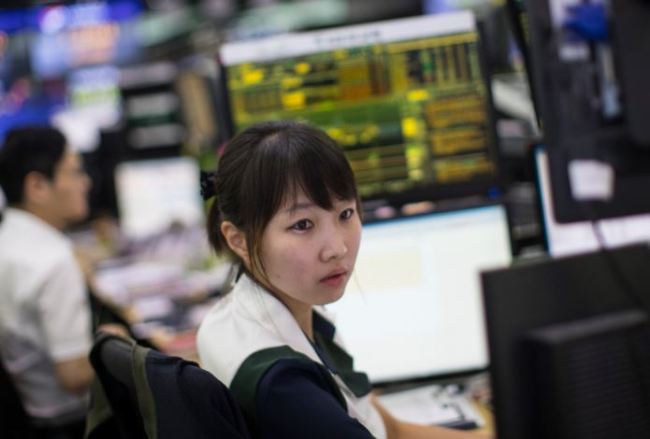 (Yonhap)
Institutions and individuals bought a combined 95 billion won. But foreigners sold a net 101.4 billion won worth of stocks, keeping the main index from rising further.

The local currency closed at 1,127.40 won against the dollar, up 2.80 won from the previous session's close.