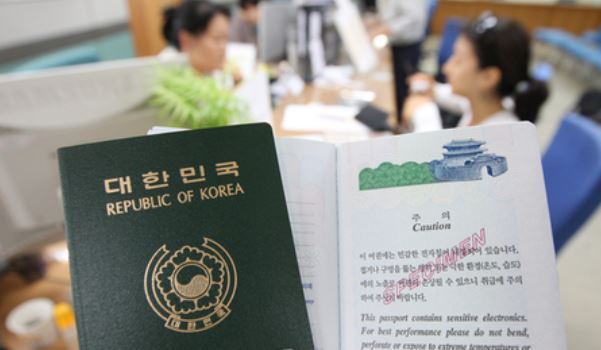 South Korean passport (Yonhap)
South Korea in principle does not allow simultaneous citizenship, but the law was revised in January 2011 to recognize the status on a limited basis for those who unintentionally gained foreign citizenship by birthright, people who marry South Korean citizens and foreign Korean residents 65 or older who want to revive their Korean citizenship.

People who seek dual citizenship must submit a written pledge to the Justice Ministry vowing not to exercise their rights as a foreign resident while in South Korea. (Yonhap)