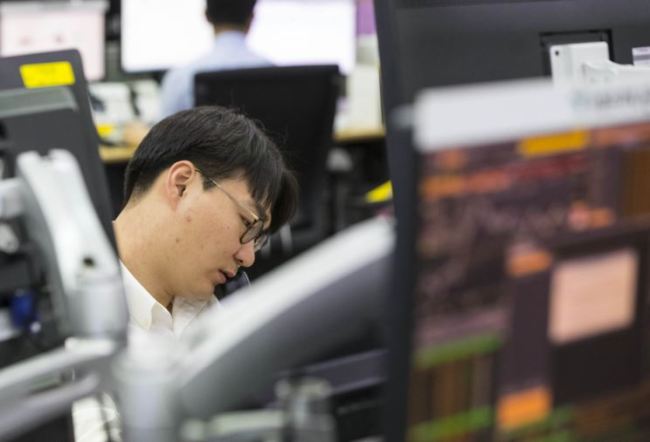 "Investors are being pressed to cash in recent gains down the road," said Seo Sang-young, an analyst at Kiwoom Securities. "Also, concerns over faster-than-expected rate hikes in the US are looming."

The local currency closed at 1,129.90 won against the US dollar, up 2.6 won from the previous session's close.