Pak, a World Golf Hall of Famer, will serve in that role for the UL International Crown from Oct. 4 to 7 at Jack Nicklaus Golf Club Korea in Incheon, just west of Seoul.

This will be the third edition of the biennial competition and the first to be held outside the United States. 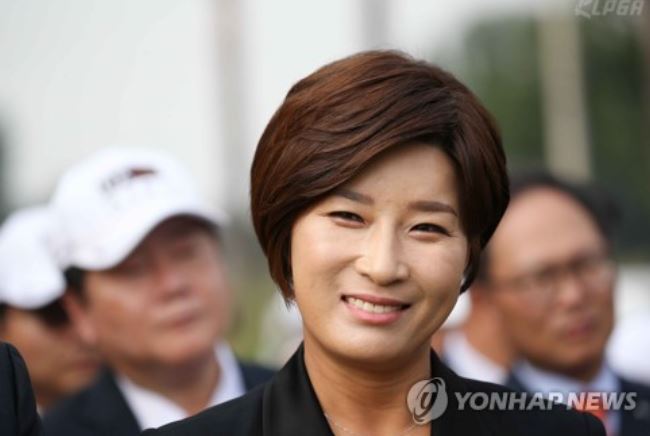 In this file photo provided by the Korea LPGA Tour on Sept. 24, 2017, Pak Se-ri watches the action at the OK Savings Bank Se Ri Pak Invitational at Lakewood Country Club in Yangju, Gyeonggi Province. (Yonhap)
"I'd like to thank the organizers for giving me this honorary position," Pak said at the event's media conference at Jack Nicklaus Golf Club Korea. "As the quality of Korean golf improves, I realize we as a country are getting international recognition for our golfing prowess. I'll do the best I can to contribute to golf not just in Korea but the rest of the world."

Pak retired in 2016 after a trailblazing career on the LPGA Tour. She captured 25 LPGA victories, including five majors, and entered the World Golf Hall of Fame in 2007, where she remains the only Korean member.

At the International Crown, eight countries are represented by four players each. The field of 32 players is determined by the world rankings, and the four highest-ranked golfers for each nation are eligible.

"I have high expectations for this event in Korea," Pak added. "This is a competition on a far different level than regular tour events. This will be a small Olympics. I hope it will grow into an event that rivals major championships." (Yonhap)