Finance Minister Kim Dong-yeon delivered his appreciation in Seoul to Kim Young-geun, head of Sung Kyun Kwan, a body that advocates for Confucianism. Sungkyunkwan was a Confucian academy in the Joseon Dynasty (1392-1910). 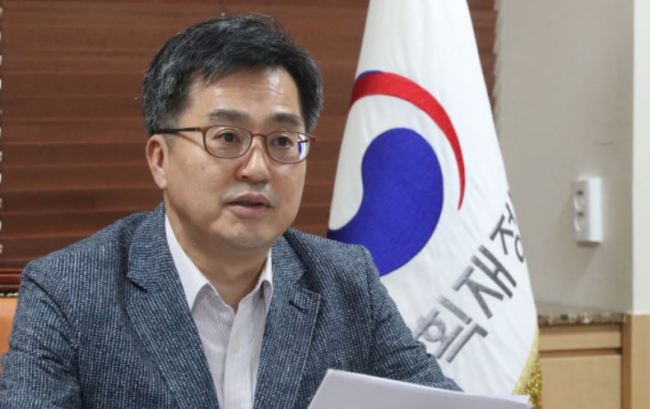 Finance Minister Kim Dong-yeon (Yonhap)
Kim also said he will listen to any concerns about the religious taxation that is set to take effect in January.

The policymaker has already met with Christian, Catholic and Buddhist representatives to seek their support for a revised tax law that would oblige the country's clergy to pay their dues.

At present, Christian priests and pastors along with Buddhist monks and people engaged in religious activity do not have to pay income tax, as the South Korean government has granted them income tax exemption since the country's establishment in 1948.

Catholicism, Buddhism and progressive Christianity are supportive of tax reforms, saying that many leaders of their religions have been paying income tax on a voluntary basis.

Still, some conservative religious groups are against the government's plan to lift the tax waiver, claiming that the government may interfere with religious affairs through tax investigations. (Yonhap)