Since the launch of “AxE” in Korea on Sept. 14, Nexon GT has hit the price ceiling for two consecutive days.

This came after Nexon GT in the first week of September was asked by market operator Korea Exchange to elaborate on a stock price surge. On Sept. 6, Nexon GT said in a disclosure there was no significant event to publicize.

“AxE” will serve as a game changer for Nexon Group in the market dominated by MMORPGs using the intellectual property rights of the computer game Lineage that has been beloved by many for decades in Korea, according to the game developer and stock analysts.

“It would not be just a war between games, but between intellectual properties,” said Noh Jung-hwan, head of Nexon’s mobile business division, at a press conference for the launch of “AxE” in August. Noh also pledged to have “AxE” “recognized with original intellectual property.”

In mobile games that use the intellectual property rights of Lineage, players engage in guild versus guild combat. A guild refers to a group of players led by core players.

In contrast, “AxE” players belong to either of two in-game “realms.” 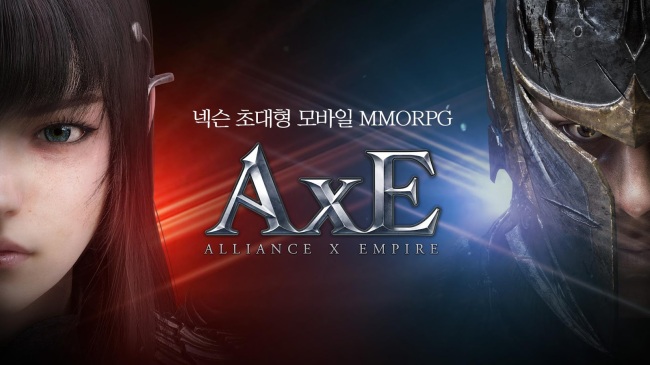 Kim added that the success of “AxE” has bucked the trend in “the MMORPG market here that had been dominated by games built on existing intellectual property rights.”

Furthermore, Nexon GT is eyeing the start of overseas business in the Philippines with a first person shooter PC game in the fourth quarter, according to the firm.

Before the launch of “AxE,” Nexon GT, which was listed in 2000, had depended on domestic business, mainly from the first person shooter PC game “Sudden Attack.”

However, the popularity of Blizzard’s FPS game “Overwatch” launched in May 2016, as well as the business failure of the sequel of “Sudden Attack” in September 2016, have weighed on the firm’s revenue seeking. It also struggled in the mobile game market, with “Heroes of Incredible Tales” in 2015 becoming the only mobile game to sweep the market.

“AxE” earns over 1 billion won per day, while Nexon GT takes 30 percent of the profit without any marketing expenses, drawing an optimistic forecast that operating profit in the fourth quarter will reach 24 billion won, an upturn from 3.5 billion won of operating loss in the second quarter, according to Lee Min-a of KTB Investment & Securities.

In addition, NXC’s decision to become ta major shareholder of Korbit by acquiring stocks worth 91.3 billion won is viewed as the firm’s foray into the blockchain platform business, leading to the listed Nexon GT’s stock buoyancy. NXC, which is not listed on either the Kospi or Kosdaq, said details on whether the firm would embark on the cryptocurrency business have yet to be determined.