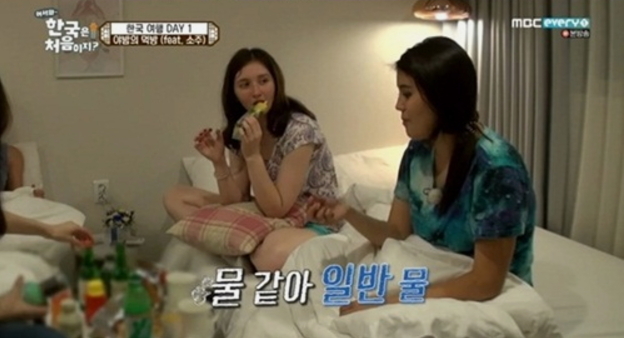 “Welcome! First Time in Korea?” (MBC every1)
The girls, in their 20s, planned out their travel around shopping for cutesy items and visiting animal cafes around Seoul.

After purchasing several bottles at a Korean convenience store and trying the drink, the three Russian friends announced that soju is “like water.” 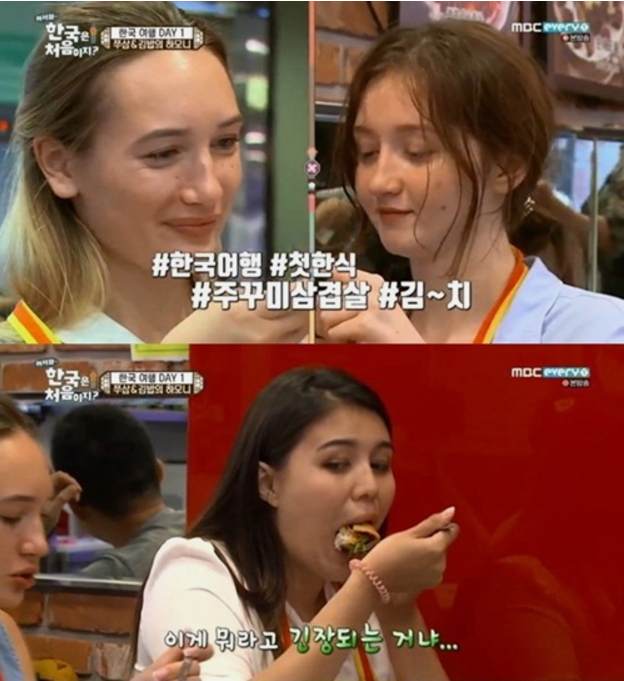 “Welcome! First Time in Korea?” (MBC every1)
They continued to sip on the drink, saying “It’s weaker than vodka,” and “It feels like vodka mixed with water.”

The show, which airs on MBC every1 on Thursdays at 8:30 p.m., has been enjoying record ratings on the cable network.