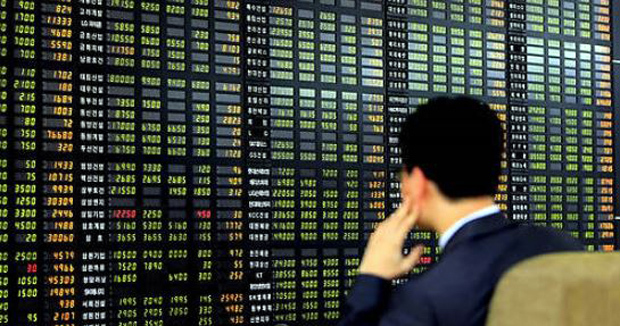 (Yonhap)
US President Donald Trump said Tuesday he is "totally prepared" to use military options against North Korea. His latest warning came in response to North Korea's threat a day earlier to shoot down approaching American bombers, even in international air space.

Park Chun-young, an analyst at Daishin Securities, said foreign investors offloaded stocks in apparent profit-taking. She also said investors took a wait-and-see approach as South Korea's stock markets will be closed from Oct. 2-9 as people celebrate the Chuseok holiday -- the equivalent of Thanksgiving in the US.

Large-cap stocks were mixed across the board.

The local currency was trading at 1,140.70 won against the US dollar, down 3.90 won from the previous session's close.