Among the highlights of the fifth annual Seoul Arirang Festival, which will be held at Gwanghwamun Plaza in Seoul from Oct. 13-15, will be an exhibition of 60 pieces of recording devices and cylinder recordings of various versions of “Arirang.” The phonograph, a device that uses cylinders to record and reproduce sounds, is the earliest commercial recording medium invented by Thomas Edison. 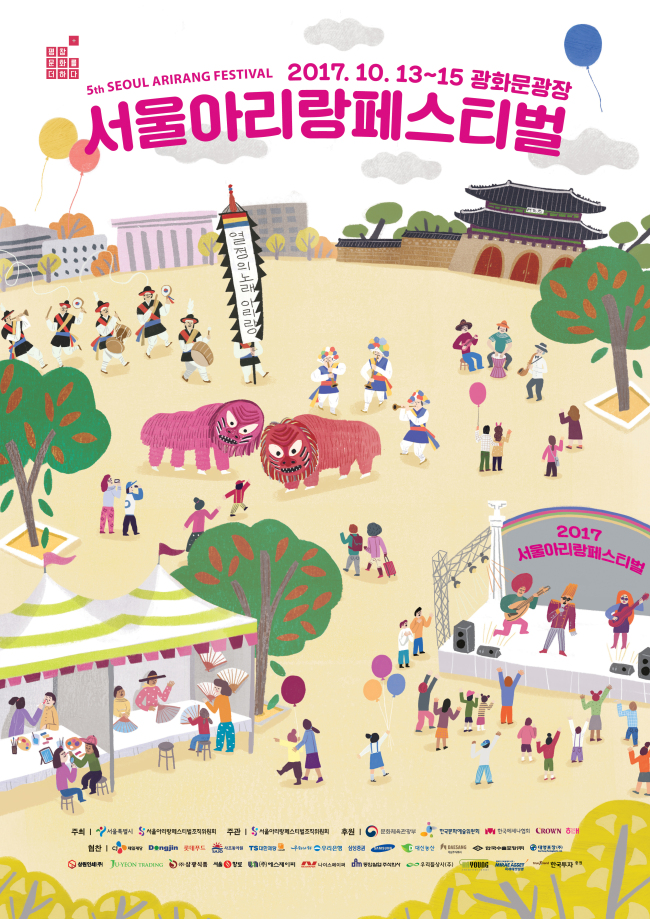 The poster for Seoul Arirang Festival

The first known recording of “Arirang” was made in Washington in 1896 by US anthropologist Alice C. Fletcher, who recorded the “Arirang” song by three Korean students studying in the US. Ahn Jeong-sik, Lee Hee-cheol and Son. Rong sang a total of 11 songs in the recordings, with three of them being “Arirang.”

The cylinders were introduced in Korea over a century later in 1998. It is currently owned by the US Library of Congress.

Another “Arirang” recording was made in a prisoners of war camp in Germany between 1916 and 1917.

Grigori Kim, Stepan An and Gawriel Kang -- ethnic Koreans drafted by the Soviet military and taken prisoners during World War I -- sang several Korean folk songs including “Arirang,” and the recordings are currently owned by the Ethnological Museum of Berlin.

In addition to the original recordings, the earliest sheet music of the song will also be on display at the festival.

US missionary and educator Homer B. Hulbert was reportedly an “Arirang” enthusiast and he contributed a paper, “Korean Vocal Music,” to a Seoul-based magazine, “Korean Repository,” in 1896.

Sheet music of “Arirang” -- later known as “Hulbert Arirang” -- was included in the paper.

Hulbert also sent sheet music detailing the children’s version of “Arirang” in a letter to his sister in 1886. The song was later known simply as “Kids’ Arirang.”

Recorded versions of “Hulbert Arirang” and “Kids’ Arirang” will be on display at the exhibition.

The exhibition will also display the earliest recording devices, including Edison-standard phonographs and the cylinder record shaving machine, which “shaved“ the surface of records for re-recording.

In addition to the exhibition, Seoul Arirang Festival will feature “Arirang” performances and contests.

The Gwanghwamun Music Festival on Oct. 14 will feature Korean music acts including singer and rapper Heize, Korean traditional music band Jambinai, along with rock bands No Brain and Monni.

The annual festival was first held in 2013 to commemorate the inscription of “Arirang” on the Representative List of the Intangible Cultural Heritage of Humanity program by UNESCO in 2012.