The concerts, titled “We’ve Done Something Wonderful,” will take place on Nov. 3 and 4 at Blue Square Samsung Card Hall in Hannam-dong, Seoul.

Tickets will be available starting at 8 p.m. on Sept. 28 at ticket.interpark.com. 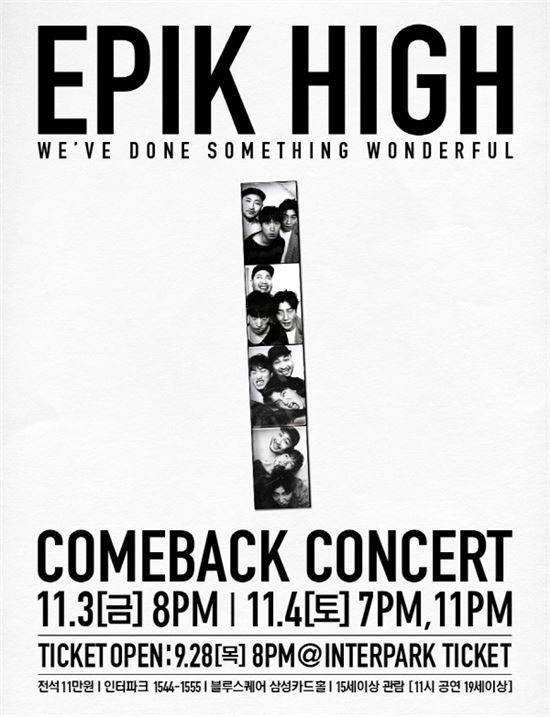 A poster for Epik High’s upcoming concert (YG Entertainment)
The group’s upcoming album will be its first release in three years since “Shoebox” in 2014, which featured the track “Happen Ending.”

The alternative hip-hop trio debuted in 2001 and consists of Tablo, Mithra Jin and Dj Tukutz.