When the 40-hour fermented dough at this new pizzeria meets the blistering heat of a wood-fired oven it takes on its own delicious personality.
The edges taste smoky, nutty and sweet, all crackly crisp on the outside and chewy and airy on the inside.

Towards the center, the crust grows more elastic and soft and takes on a richer, more robust flavor reminiscent of roasted walnuts. 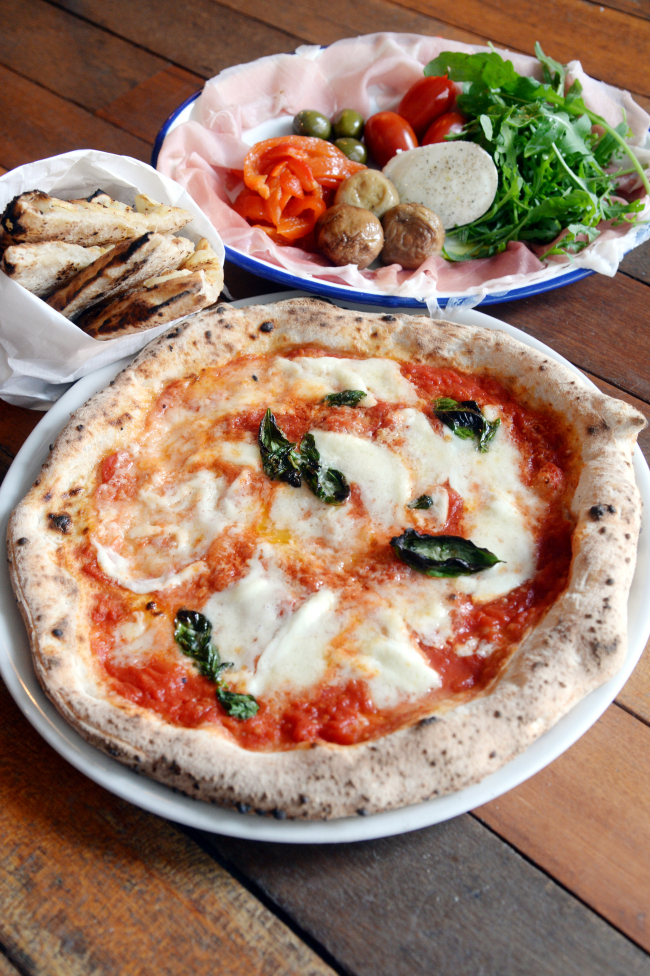 Darobe’s Margherita (front) couples tart-sweet San Marzano tomatoes with mozzarella and fresh basil; focaccia (left) -- smoky, nutty and chewy -- is also baked-to-order in the wood-fired oven. (Photo credit: Park Hyun-koo/The Korea Herald)
It is this dough that makes it necessary to order a side of focaccia, so one can taste it is in its near-naked state, without sauce or heavy toppings.

When contemplating what kind of dough would serve as the base of his pies, owner-primo pizzaiolo Kang Woo-seok thought about everything from the flour to the oven.

“It has a higher protein content,” Kang, 37, explained. “We want a soft and fluffy texture, a chewy crust with volume.” 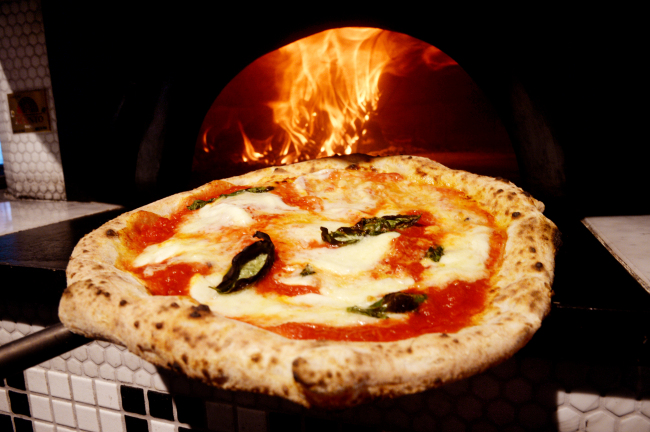 At Darobe, Napoli-style pies are crafted from dough that has been fermented for 40 hours before being baked in an oak-burning oak. (Photo credit: Park Hyun-koo/The Korea Herald)
According to Antico Molino Caputo’s website (caputoflour.com), the reinforced flour is “ideal for long rise dough.”

The dough at Darobe is left to rise for a little over a day and a half.

“It takes a long time to ferment,” said Kang.

That dough is then given a stint in a oven powered by domestic oak that has been dried for over two years, he elaborated.

“I wanted to take an artisanal approach,” Kang explained the thinking behind all that hard work. 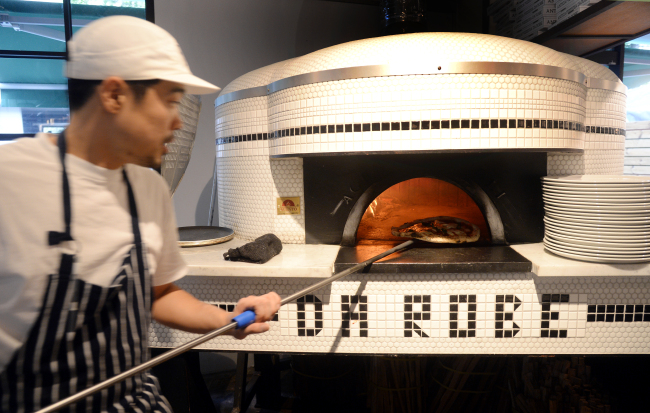 At Darobe, Napoli-style pies are crafted from dough that has been fermented for 40 hours before being baked in an oak-burning oak. (Photo credit: Park Hyun-koo/The Korea Herald)
For Kang, that means adhering to creating thin crust, Napoli-style pizzas, which he has been mastering for over a decade, first at a prominent Italian restaurant and now at his own spot.

“I was charmed by the methods,” said Kang, who has traveled to Naples and eaten his fair share of authentic pizza Napoletana.

At Darobe, one will find classics like their marinara and, of course, their Margherita.

To really gauge a Napoli-style pizzeria, ordering a Margherita -- considered the quintessential Neopolitan pie -- is pretty much a given.

It is a straightforward pie -- crispy, chewy, gooey, saucy and fragrant.

For those who want to test out less traditional items, there is Darobe’s namesake calzone, which features that same addictive dough, folded into a bouffant half-moon, stuffed with cheese and prosciutto and topped with a meaty ragu and fresh basil.

Then there is the focaccia.

This little dish, sequestered away toward the bottom of the menu, is where Darobe’s dough-meets-wood-fired oven approach really shines through.

One variation is topped with rosemary, the other with garlic and peperoncini.

Served up in a bundle of piping hot slices, the bread is slightly slick, most likely from some extra virgin olive oil, smoky and incredibly elastic.

Darobe’s focaccia is on the thin side because “we want to be able to bake it to order within two to three minutes,” Kang said.

In addition to focaccia, Kang revealed plans to add bomba, an incredibly puffy Italian bread, to the menu. 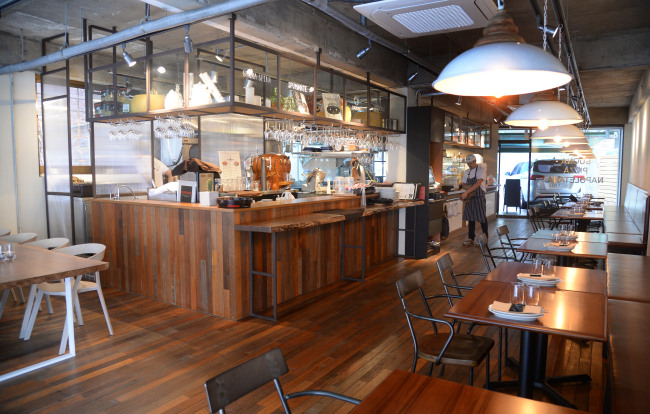 At Darobe, Napoli-style pies are crafted from dough that has been fermented for 40 hours before being baked in an oak-burning oak. (Photo credit: Park Hyun-koo/The Korea Herald)