[ The Korea Herald – Send E-mail ]
Korea to display 'strategic assets' in Armed Forces Day event
By Yonhap
Published : Sep 14, 2017 - 14:49
Updated : Sep 14, 2017 - 14:49
South Korea will put some of its "strategic" weapons on display during the Armed Forces Day event late this month in a show of firepower against North Korea, the Ministry of National Defense said Thursday.

The anniversary falls on Oct. 1 to commemorate the service of the country's former and current troops. On the day in 1950, the South's forces broke through the 38th parallel border line during the war against the invading North.

This year, the government's official ceremony will be held on Sept. 28 at the headquarters of the Navy's Second Fleet in Pyeongtaek, some 70 kilometers south of Seoul, as Koreans are scheduled to enjoy the Chuseok holidays in early October. 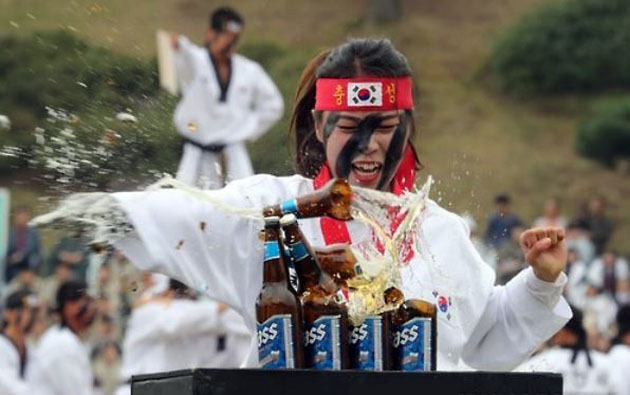 It's usually staged at the Gyeryongdae military complex in South Chungcheong Province. For the celebration of the 65th anniversary in 2013, a massive military parade was held at the Air Force's Seoul Airport.

The Second Fleet is strategically important and highly symbolic in the South's naval defense. It is in charge of defending western waters near the Northern Limit Line, the disputed de facto inter-Korean sea border. The two Koreas have been engaged in several deadly naval skirmishes in waters close to the NLL.

"This year, especially, (the military) plans to open some strategic assets to the public in order to show off the strong national defense power and deterrence capability," the ministry said.

In the ceremony to be attended by more than 3,500 people, meanwhile, Gen. Vincent K. Brooks, the commander of US Forces Korea, will be awarded the Tongil Medal, South Korea's top national security merit, for his dedicated service here.

The South Korean Army's special forces will demonstrate rappelling and South Korean and American airborne troops will parachute together.

The Air Force's Black Eagles aerobatic team will perform in the sky over the venue as well. (Yonhap)