The Korea Football Association (KFA) said the men's national team will take on Russia in Moscow on Oct. 7. The KFA said the exact kickoff time and match venue will be announced later. 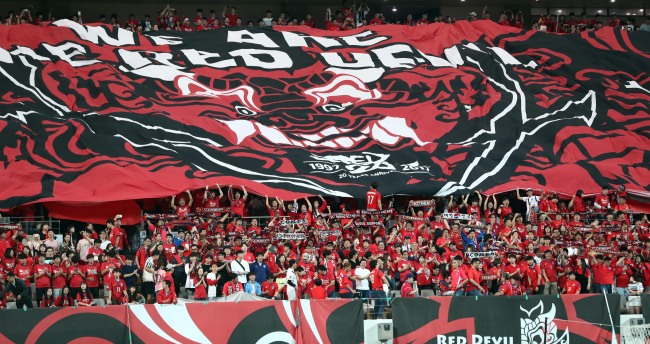 (Yonhap)
The Taeguk Warriors, led by head coach Shin Tae-yong, secured their spot at the 2018 World Cup on Tuesday following a scoreless draw with Uzbekistan in Tashkent. The result helped South Korea finish second in Group A in the final Asian qualifying round and confirmed their ninth consecutive World Cup appearance.

In Asia, only the top two teams in each Group A and B directly advance to the World Cup, while the third-placed teams need to go through playoffs.

The KFA previously said it plans to launch a friendly match with European opponents on Oct. 7, but since most of the European teams have 2018 World Cup qualifying matches around that day, it reportedly first contacted Russia, since the country already has a slot in the top FIFA competition as the hosts.

South Korea have played against Russia twice before. South Korea first lost to Russia 2-1 in a friendly match in Dubai in 2013. Their last meeting was at the 2014 FIFA World Cup in Brazil where they played to a 1-1 draw in the group stage.

Russia are currently ranked No. 62 in the August FIFA rankings, while South Korea sit at No. 49.

The match against Russia is one of the two friendly matches that South Korea will play next month. The KFA on Thursday announced Shin's team will face Tunisia in Cannes, France, on Oct. 10.

The KFA is also looking for South Korea's opponents for November friendly matches. The KFA plans to host two matches at home to help the national team's preparations for the 2018 World Cup. (Yonhap)