Rep. Choo Mi-ae, chairwoman of the ruling Democratic Party, highlighted the need to revise the Juvenile Act, which covers criminal offenders aged 10 to 18 and allows them to receive more lenient treatment. Minors under 14 do not face criminal trials at all, while those under 18 are punishable by a maximum of 20 years in jail.

“There is growing demand from the general public for an amendment of the Juvenile Act,” she said during a party meeting Wednesday.

“Harsh punishment won’t be a fundamental fix to the problem, but it looks certain that we need to face up to the reality where youth crimes are becoming ever more brutal and ruthless,” she said.

Rep. Choo’s remarks appear to sum up the sentiment among parliamentarians across the aisle, who are sharply divided over most other issues.

Minor opposition People’s Party Chairman Ahn Cheol-soo said a day earlier on Twitter, “Youth should be protected, but we shouldn’t allow the Juvenile Act to continue to be taken advantage of.”

The conservative splinter group Bareun Party is organizing a forum Friday to discuss possible policy measures against the rising wave of youth crimes. 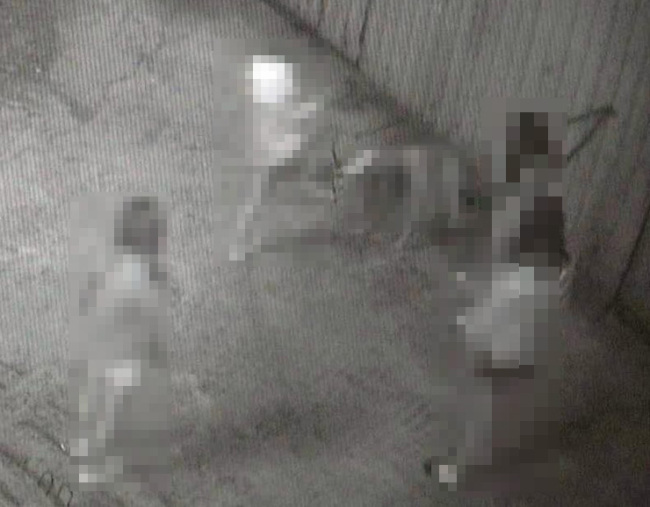 A capture of the leaked CCTV recordings (Yonhap)
A photo of a blood-covered 14-year-old girl, who it was claimed was attacked by her middle school peers with glass bottles and other objects, went viral on social media this week, sparking angry responses from the public.

In another high-profile crime involving teens, a high-school dropout, then aged 16, killed and dismembered an 8-year-old girl in March in a quiet residential town in the western city of Incheon.

State prosecutors asked the court to sentence the suspect to 20 years in jail, the heaviest penalty under the juvenile act. For her accomplice, who is accused of instigating the killing, but did not actually participate in the act, prosecutors sought life imprisonment, as she turned 18 during the trial and accordingly is not covered by the juvenile act. The court is to rule on the case later this month.