[ The Korea Herald – Send E-mail ]
Seoul notes possible purchase of US weapons but denies any immediate plan
By Yonhap
Published : Sep 5, 2017 - 14:41
Updated : Sep 5, 2017 - 14:41
South Korea on Tuesday acknowledged the possibility of a need to purchase advanced US weapons systems in the future as part of efforts to enhance its deterrence against North Korean provocations but dismissed any immediate plan to spend "many billions of dollars" as suggested by Washington.

In a short statement released after a telephone conversation between South Korean President Moon Jae-in and his US counterpart Donald Trump late Monday, the White House said the US president has provided "his conceptual approval for the purchase of many billions of dollars' worth of military weapons and equipment" by South Korea. 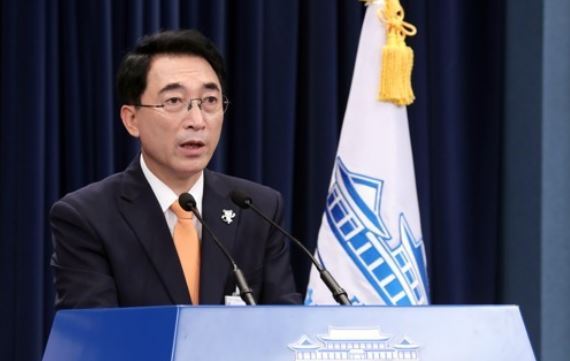 "In their discussions so far, the two leaders have shared a view that there is a need to upgrade South Korea's defense capabilities, including an early establishment of its three-axis defense system, to counter threats from North Korea's nuclear and missile threats, and agreed to continue their cooperation to that end," the Cheong Wa Dae spokesman said in a statement.

"And to this end, the two leaders have agreed to move forward the countries' discussions regarding US support for the introduction of advanced weapons or technologies required by South Korea," Park added.

Another Cheong Wa Dae official said there were no discussions on the issue during the two leaders' latest talks held late Monday.

The Cheong Wa Dae spokesman earlier said the two leaders agreed to "actively seek countermeasures against the North's future provocations and thoroughly prepare for possible provocations in the future."

"As part of such efforts, the two leaders reached an agreement on the removal of restrictions on the payload of South Korea's missiles under Korea-US missile guidelines," Park said. (Yonhap)