The decision came one day after North Korea conducted what it claimed to be a successful test of a hydrogen bomb mountable onto an intercontinental ballistic missile. 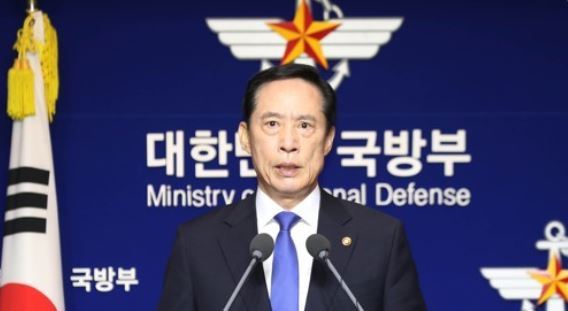 The working-level session will be held annually and the senior-level session will take place in conjunction with the plenary session on years when the so-called 2+2 meeting involving defense and foreign ministers does not occur, the ministry said.

Extended deterrence refers to the US commitment to mobilize its full range of conventional and strategic military assets including nuclear capability to protect its allies.

The EDSCG was launched during the meeting of the two countries' foreign and defense ministers in Washington in October. The first meeting was held in December.

The allies said that they will hold the next EDSCG meeting in the near future.

The move came after the North said on Sunday that it has successfully carried out its sixth and most powerful nuclear test to date, prompting global condemnation.

"North Korea's dangerous and destabilizing pursuit of nuclear-armed ballistic missiles represents a threat to all nations in the region and beyond," the allies said in the press release.