According to the sources, around 400,000 units of the Galaxy Note FE were sold in the country after the Korean tech giant announced the relaunch of the phablet in July.

Taking the battery issue into consideration, the Galaxy Note FE came with a battery capacity of 3,200 mAh, which is lower than the 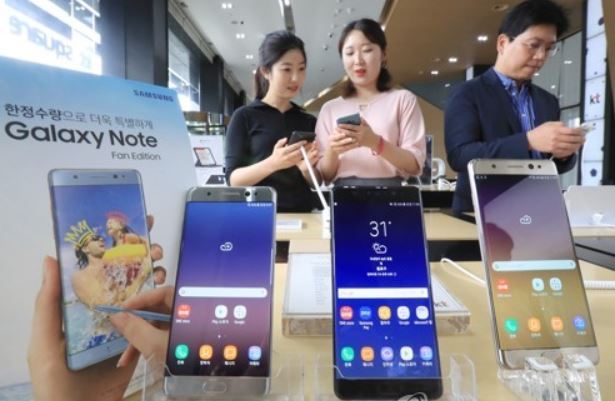 Last week, Samsung showcased the 6.3-inch Galaxy Note 8 with a dual-camera and improved stylus features. Preorders are expected to start Thursday in Seoul, with the official release slated for Sept. 15. (Yonhap)