Outstanding corporate loans by local secondary financial institutions, including credit cooperatives and savings banks, came to 113.4 trillion won ($101 billion) as of the end of June, up 16.9 percent, or 16.4 trillion won, from end-2016, according to the data by the Bank of Korea.

The first-half amount is close to double the figure recorded during the same period a year earlier and marks the largest half-year tally since the central bank started to compile related data in 2013. 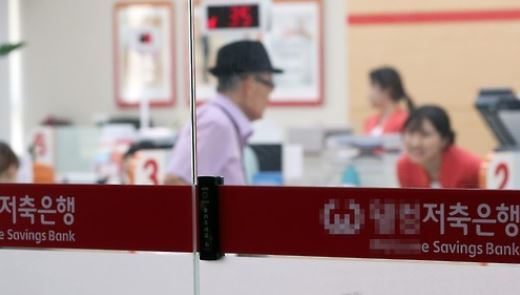 "The rapid increase appears to reflect the financial authorities' stricter rules for household lending," said Cho Young-moo, a researcher at the LG Economic Research Institute. "Lenders tend to shift their focus to the less-regulated sector."

The tougher rules have prompted lenders to ramp up efforts to expand lending to corporate borrowers, according to market watchers. In the January-June period, nonbank lenders' loans to households rose 13.6 trillion won, down from a 17.9 trillion-won surge during the same period last year.

South Korea's household debt stood at 1,360 trillion won at end-March, up from 1,343 trillion won a quarter earlier, which analysts say could become a huge drag on Asia's fourth-largest economy if left uncurbed. (Yonhap)