The courtroom where Friday's hearing is set to take place has about 150 seats. Some of the seats will be reserved for those involved in the case and reporters while the rest will be distributed by lottery to ordinary citizens wanting to attend in person.

Those who want to enter the drawing should fill out an application form at the court. 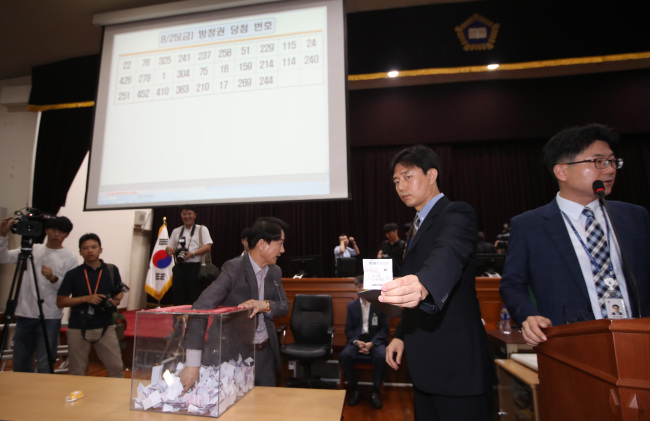 (Yonhap)
Tuesday's drawing is expected to be one of the most competitive, considering the high public interest in what the media has dubbed a "trial of the century." Ahead of former President Park's first court appearance in March, 525 people entered the drawing for only 68 seats in the courtroom.

The court has also been considering whether to allow Friday's hearing to be televised live.

In return, he secured government backing for the merger of two Samsung units in 2015, a vital step for cementing his control over South Korea's biggest conglomerate founded by his grandfather, according to the prosecution.

Lee has denied the charges against him. (Yonhap)