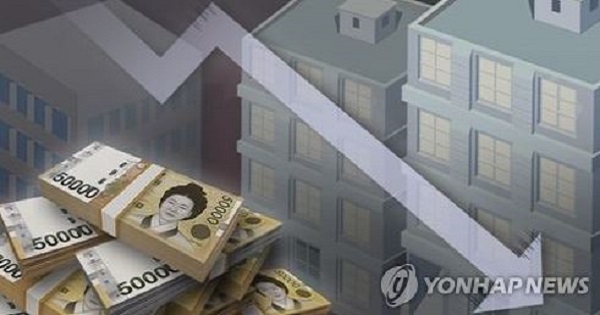 (Yonhap)
According to GG Auction, the anti-speculation measures have sent the number of people seeking to buy homes through auctions down sharply as they have dampened investor sentiment.

Between Aug. 2 and Thursday, a local court put 29 apartments on the block in the capital, but only 13 of them found new owners for a successful bidding rate of 44.8 percent, compared with 61.3 percent in July.

The winning bid to the appraised price ratio came to 90.8 percent over the cited period, down some 8 percentage points from July and the lowest level in 18 months.

The competition rate stood at 4.9 people per apartment, down from 12.6 people in July and the lowest figure since December 2012, according to the auction house.

Over the cited period, the competition rate per apartment came to 3.7 people in the southeastern port city, compared with 6.3 the previous month.

The tough anti-speculation measures mirror the government's determination to cool the housing market, which is cited as the main culprit for soaring household debt.

South Korea's household debt stood at 1,360 trillion won ($1.19 trillion) at end-March, up from 1,343 trillion won a quarter earlier, which analysts say could come as a huge drag on Asia's fourth-largest economy if left uncurbed. (Yonhap)