According to the sources, Samsung Electronics invested 7.9 trillion won ($6.9 billion) in research projects over the first half of 2017, up 5.7 percent from a year earlier. 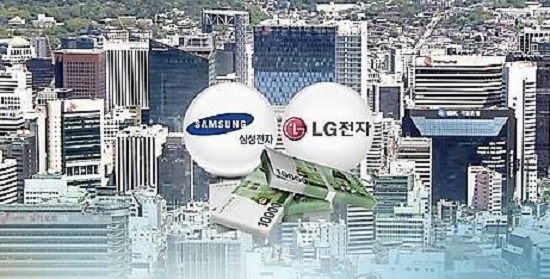 (Yonhap)
As South Korea's No. 1 tech giant plans to maintain such investment to secure new growth engines, industry watchers said the yearly amount is set to hover far above the previous record of 15.3 trillion won posted in 2014.

Over the January-June period, LG Electronics also allocated 2.02 trillion won to research projects, 0.8 percent more than the year earlier. If LG spends the same amount in the second half, it will mark the first time for the firm to spend more than 4 trillion won on research annually.

Expenditures on research accounted for 7.1 percent of Samsung's sales in the first half, and LG held a comparable figure of 6.9 percent. (Yonhap)